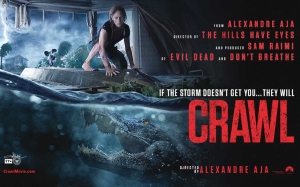 The story follows a young boy “who invites a mysterious man into his home, believing the stranger to be the key to saving his sick mother. As increasingly disturbing things start to happen around his home, the boy soon realizes that the sinister stranger is not the savior he claims to be.”

Searchlight picked up the pitch and script from The Last Witch Hunter scribe Cory Goodman and Aja will rewrite the script with Gregory Levasseur (Mirrors) before directing.

Aja has made some wild and fun films in his career including High Tension, The Hills Have Eyes, Pirahana 3-D, P2, Horns, and more. If you’ve enjoyed any of those movies, then you’ll probably want to see what he does with this one.