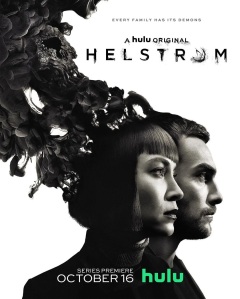 The Hulu supernatural series Helstrom has been officially cancelled, which for anyone paying attention was kind of inevitable. You wouldn’t know it from the marketing, but Helstrom was a Marvel TV show – in fact, it was the last show produced under the Marvel Television banner, and its cancellation officially brings to an end an era of mixed results in the television realm for the superhero brand. It also clears the way for a new dawn of Marvel Comics on the small screen.

Marvel Television formally launched in June 2010, fresh off the success of Marvel Entertainment’s independently produced feature films Iron Man, The Incredible Hulk, and Iron Man 2. At this point in time, Marvel Entertainment had found footing in the feature film world and Kevin Feige was heading up Marvel Studios to build out a Marvel Cinematic Universe on the big screen, barreling towards The Avengers. So it made sense that Marvel should have a foothold in TV as well, and comics veteran Jeph Loeb was tapped to run it.

Marvel Television put into development a number of series, some that eventually got made (Jessica Jones) and some that didn’t (Hulk). The first Marvel TV series to launch was Agents of S.H.I.E.L.D., which The Avengers writer/director Joss Whedon helped co-create as an MCU extension on the small screen. The idea being that Clark Gregg’s Agent Coulson would lead weekly S.H.I.E.L.D. adventures that tangentially tied into what was happening in the MCU movies.

But Agents of S.H.I.E.L.D. kind of embodied the problem that Marvel Television faced throughout its decade-long tenure – TV moves much faster than movies. Planning interconnected storylines with what was happening in the feature films proved difficult, and when S.H.I.E.L.D. tried to do special tie-in episodes with the big movies that were premiering (like Thor: The Dark World) they ended up feeling, well, inessential. Additionally, the ratings were nowhere near the audiences numbers that were swarming theaters for each new Marvel movie.

Marvel TV next tried two different tracts: First, another ABC series called Agent Carter would take another fan-favorite character and give her a spinoff. Hayley Atwell reprised her Captain America: The First Avenger role, but despite fairly positive notices, the show failed to find an audience and lasted only two seasons. Again, success on the big screen failed to translate to a weekly, serialized broadcast television show.

The other tract, however, proved more successful – at least at the beginning. Marvel Television struck a deal with Netflix to create four individual TV shows based on Marvel Comics characters, which would then culminate in their own small-screen Avengers-like limited series called The Defenders. First out of the gate was Daredevil in 2015, and reviews from critics and audiences alike were strong for this darker, action-centric spin on the character. Jessica Jones followed with more critical praise the same year, then Luke Cage in 2016, Iron Fist and The Punisher in 2017. As subsequent seasons of the Netflix shows wore on, criticism of stretched storylines and poor plotting arose, but fans were still pretty into Daredevil and Luke Cage. Alas, when The Defenders finally debuted in 2017, it landed with a thud.

Marvel TV tried other less-connected series to mixed results. Legion on FX was weird and funky, but had nothing to do with the MCU. Inhumans – which Marvel Studios previously had pegged for a big-screen adaptation – was one of the worst-reviewed shows of the year when it premiered unceremoniously on ABC in 2017, and was cancelled swiftly.

Through it all, the contrast to the MCU on the big screen was striking. The movies seemed to be getting bigger and better, with films like Captain America: The Winter Soldier and Guardians of the Galaxy taking big swings and connecting. Whereas the Marvel TV shows just felt… small, and by the second seasons of Daredevil and Jessica Jones it was clear even Marvel TV’s most beloved characters were never going to cross over to the big screen.

When Iron Fist, Luke Cage, and Daredevil were cancelled in quick succession in the fall of 2018, fans had an inkling that something was up. Word trickled out that the cancellation of these series was not necessarily Netflix’s call, and in October 2019 it was announced that Kevin Feige – the man running creative lead on the Marvel Cinematic Universe at Marvel Studios – was being promoted to Chief Creative Officer of Marvel and had grand plans for TV shows of his own.

In December 2019, Marvel Television was folded into Marvel Studios and Feige and his team began crafting new shows based on Marvel comics that would, once and for all, be intricately connected to the big-screen MCU. For the first time, the writers and creative team responsible for the Marvel movies would also be working on the Marvel TV shows, crafting a complicated arc for the MCU post-Avengers: Endgame that would play out on both the big and small screen.

Shows like WandaVision and Loki and The Falcon and the Winter Soldier are all on deck to premiere on Disney+ next year, but instead of featuring side-characters from the movies, these are limited series that put actual full-on Avengers front and center. But Feige is also using these Disney+ shows to introduce new heroes (like Ms. Marvel) and Avengers-like storylines (Secret Invasion) that take advantage of the longform format.

This kind of storytelling simply would not have been possible for Marvel Television to tackle across different networks like ABC and FX and Netflix, nor was it really fair to expect Marvel Television to coerce folks like Chris Hemsworth or Scarlett Johansson away from their busy schedules to do a cameo on an TV show on ABC that had little to do with their characters’ arcs on the big screen.

Ultimately, Agents of S.H.I.E.L.D. ended up being the most successful Marvel Television show of the bunch, but it did so by running away from the MCU instead of embracing it. Once it became clear that trying to feel like a piece of the MCU puzzle was a fool’s errand (especially after the Winter Soldier twist blew up the show’s central premise), the series leaned into just being a fan-friendly sci-fi show a la Buffy the Vampire Slayer or Battlestar Galactica. It finally concluded with its seventh season in 2020, going out on its own terms. Its ratings never really took off, but it grew a devoted fanbase and catered well to it.

And so with the cancellation of Helstrom – a show that was too far along to cancel outright once it became clear that Marvel Television was shutting down – the end of an era has finally come. Marvel Television is dead. Long live Marvel TV.