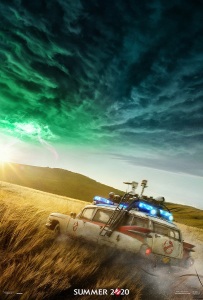 Check out a new image below, courtesy of Empire.

Jason Reitman tells the outlet that it was important to him for Afterlife, a sequel to his father Ivan Reitman’s original Ghostbusters movie, to bring the family-friendly frights.

“The feeling that I’ve kind of held onto is that while it is very funny, it really scared me. It was really my first experience with a horror film,” Reitman explains to Empire.

In the film, written by Jason Reitman and Gil Kenan:

When a single mom and her two kids arrive in a small town, they begin to discover their connection to the original ghostbusters and the secret legacy their grandfather left behind.

Bill Murray, Dan Aykroyd, Ernie Hudson, Sigourney Weaver and Annie Potts are all coming back for this sequel to the original classic, reprising their iconic and beloved roles.