The CW recently debuted the first trailer for Superman and Lois, and they’ve followed it up with some new key art (via IGN) featuring the Man of Steel and his family.

The poster spotlights Tyler Hoechlin as Clark Kent/Superman, Elizabeth Tulloch as Lois Lane, and Jordan Elsass and Alexander Garfin‘s as their teenage sons, Jonathan and Jordan Kent. The iconic DC Comics hero can also been seen blasting into the air.

The new tagline for the show reads: “Saving the world starts at home.”

Check out the artwork below along with the new trailer, and let us know what you think. 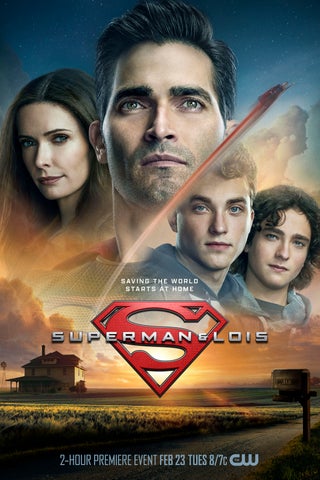 This new series will be a little different to previous Supes-centric shows, as the story will focus on Clark and Lois raising a family and dealing with the “stress, pressures and complexities that come with being working parents in today’s society.”