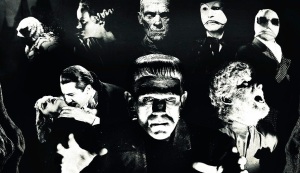 Director Paul Feig has shared an important new update for Dark Army, the Universal monster movie that’s been in the early stages of development since late 2019. Dark Army was set up at Universal as an original monster movie in the vein of the studio’s 1930s monster pics and featuring those classic characters as well as new characters. When Universal quietly scrapped plans for a its “Dark Universe,” the studio pivoted to making solo movies based around its classic movie monsters. This is how we got to Leigh Whannell‘s extremely good 2020 movie The Invisible Man and announcements for Karyn Kusama‘s Dracula movie, which is still in the works at Blumhouse as far as we know, and the Ryan Gosling Wolfman movie.

It’s been about a year since Feig spoke about Dark Army with Collider. In February and May 2020, Feig confirmed to us that he had written two drafts of the Dark Army script (the second based on studio notes he’d received). Feig also noted there was some uncertainty from Universal about how to proceed with the project but expressed his excitement about the script.

Now, about a year later, Collider‘s own Christina Radish had the chance to speak with Feig during an interview tied to the NBC show Zoey’s Extraordinary Playlist, which counts him as a producer. After chatting about this season of Zoey’s, we brought up Dark Army with Feig and asked where the project is currently at. Feig‘s answer is a surprising one.

“Oh, ‘Dark Army’. I love that project so much. I think the studio thinks it’s a little too expensive, perhaps. God as my witness, I’m gonna make that movie. I’m so obsessed with making that movie. One of the many reasons why I was drawn to doing this current Netflix [movie] is that there’s a lot of stuff I can work out in it, as far as effects and all that, that I can bring to ‘Dark Army’. I love it. It’s one of my favorite things I’ve ever written. It’s one of my favorite lead characters I’ve ever come up with. So, fingers crossed that we will make it someday.”

Feig‘s answer definitely resets our Dark Army expectations. While it doesn’t sound like the project has been shelved for good, it does sound like we’ll have to wait longer than we hoped to see the movie finally get made. In the meantime, Feig will be getting to work on directing an adaptation of Soman Chainani’s New York Times bestselling debut novel The School for Good and Evil for Netflix.

Stay tuned for our complete interview with Paul Feig.