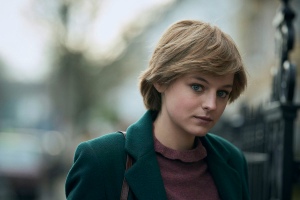 The Crown‘s Emma Corrin and Dunkirk’s Harry Styles are set to star opposite each other in the new romantic drama My Policeman from Amazon Studios. The film is based on the critically-acclaimed novel of the same name by Bethan Roberts. My Policeman is set in the 1990s and follows the couple Tom and Marion whose relationship is upended with the arrival of elderly Patrick. It prompts a look back at major events from 40 years prior which all surround one main transgression: the intense romantic relationship between Patrick and Tom in the ’50s, when homosexuality was illegal.

Styles was cast as Tom in September 2020, with Cinderella star Lily James in negotiations to play Marion. However, per Deadline, Corrin will now take on that role. Tom has not been cast, at least as of now.

My Policeman will be directed by Michael Grandage and adapted by Oscar nominated screenwriter Ron Nyswaner (Philadelphia). It will be produced by prolific Hollywood heavyweight Greg Berlanti, who is known for his work with The CW, including Riverdale and the various Arrowverse shows.

Corrin was nominated just this week for a Golden Globe and a SAG award for her performance as Lady Diana Spencer in Netflix’s hit drama The Crown. Grammy-nominated musician Styles had his breakout acting role in Christopher Nolan’s 2017 war film Dunkirk. He’ll also star in the upcoming psychological thriller Don’t Worry Darling opposite Florence Pugh, which is directed by Olivia Wilde. These two critically-acclaimed artists should provide great performances in My Policeman.