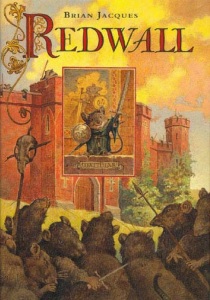 Brian Jacques’ beloved “Redwall” books are being adapted into a feature film and TV series thanks to a new rights deal between Netflix and Penguin Random House Children. The fantasy novels have sold 30 million copies globally and have attracted an avid following with their tales of heroism, villainy and derring do all played out by mice, moles, hares and badgers. Think J.R.R. Tolkien with cuddlier protagonists.

Netflix announced it has enlisted Patrick McHale, creator of Cartoon Network’s “Over the Garden Wall,” to write the feature film. That film will be based on Jacques’ first book in the series, “Redwall” (there are 21 others, extending to the final book “The Rogue Crew”). Netflix is also developing an event series based on the character of Martin the Warrior.

The deal marks the first time that the film rights to the entire book series have been held by the same company and the first time a feature film of any of Jacques’ works will be made. Jacques died in 2011.

“We couldn’t be more delighted to announce this deal,” says Ben Horslen, Fiction Publisher, Penguin Random House Children’s. “These perennially popular stories have been etched onto the hearts of millions of readers, and we are thrilled to partner with Netflix to bring those beloved characters on screen for families worldwide to enjoy.”

Netflix has invested heavily in the animation space, partly due to the increased competition for family streaming audiences from Disney Plus. The company’s animated features include Academy Award nominated “Klaus” and Glen Keane’s “Over the Moon.” Upcoming features include Richard Linklater’s “Apollo 10 ½: A Space Age Adventure,” Chris Williams’ “The Sea Beast,” Nora Twomey’s “My Father’s Dragon” and Guillermo del Toro’s “Pinocchio.”