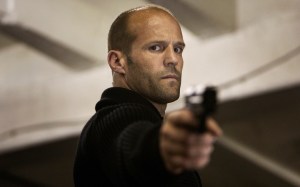 As Los Angeles theaters prepare to reopen this weekend, Guy Ritchie‘s latest action-thriller Wrath of Man has been set for release on April 23, Collider has exclusively learned.

The film is based on the 2004 French action-thriller Le Convoyeur, which followed a security guard who has an ulterior motive when he takes a job working for an armored truck company. The revenge-driven remake follows a mysterious man named H (Statham) who goes to work for an armored truck company that is responsible for moving hundreds of millions of dollars around Los Angeles each week.

Miramax produced Wrath of Man with MGM, which means the film will be distributed by United Artists Releasing. It will arrive in theaters just one week after Mortal Kombat (which will also be available on HBO Max) and two weeks before Disney unveils Marvel‘s Black Widow, so it does have a window to do brisk business on the big screen.

Miramax CEO Bill Block and Andrew Goluv produced the film with Ivan Atkinson, who co-wrote the script with Ritchie and Marn Davies. Wrath of Man serves as Ritchie‘s follow-up to The Gentlemen, and the director has already re-teamed with Statham (and Hartnett) on another movie titled Five Eyes.

Ritchie is coming off the global success of Aladdin, while Statham is riding hot off the Fast and Furious spinoff Hobbs & Shaw as well as The Meg, and fans are eager to see their latest collaboration following films like Lock, Stock and Two Smoking Barrels and Snatch. Wrath of Man sounds right up my alley, and I suspect I won’t be alone on that front, as these kinds of heist movies always seem to find an audience.