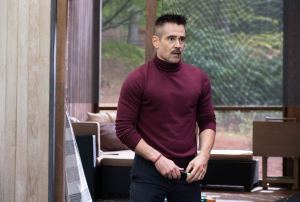 Viggo Mortensen, Colin Farrell and Joel Edgerton are coming together for a good cause, as they’ve been enlisted to save the Thai soccer team that gets stuck in a cave in Ron Howard‘s new fact-based drama Thirteen Lives.

Back in 2018, 12 boys and their soccer coach became trapped in a flooded cave in Thailand for 18 days, prompting an international rescue mission that made headlines around the world.

Deadline broke the news, reporting that Mortensen will play Richard Stanton, a cave rescue specialist who in 2019 was honored with the George Medal, the second-highest civilian award for bravery. Farrell will play veteran cave diver John Volanthen, who specializes in underwater rescues and was also honored with a George Medal. Edgerton will play Dr. Richard Harris, an anesthetist and cave diver with over 30 years of experience, who was named Australian of the Year in 2019 following the rescue.

Elsewhere, Tom Bateman (Death on the Nile) and Paul Gleeson (The Thin Red Line) will play veteran cave divers Chris Jewell and Jason Mallinson, each of whom were awarded the Queen’s Gallantry Medal, while Lewis Fitz-Gerald will play Vernon Unsworth, who was a key member of the rescue team.

Gladiator scribe William Nicholson wrote the script for Thirteen Lives, which Howard is producing with his Imagine Entertainment partners Brian Grazer and Karen Lunder, as well as P.J. van Sandwijk of Storyteller Productions and Gabrielle Tana of Magnolia Mae.

Production is slated to start this month in both Australia and Thailand, and MGM‘s joint venture United Artists Releasing will handle domestic distribution, with Universal handling the international rollout. Thirteen Lives certainly sounds like a return-to-form for Ron Howard, who has excelled with these kinds of harrowing rescue stories. Just look at Apollo 13, which still holds up 25+ years later.