Announced by the streaming service today, A24‘s thriller False Positive is headed to Hulu this summer, with the film set to premiere on Friday, June 25th, exclusively on Hulu.

With the news come the first images of “Broad City’s” Ilana Glazer alongside costars Justin Theroux and Pierce Brosnan.

“After months of trying and failing to get pregnant, Lucy (Ilana Glazer) and Adrian (Justin Theroux) finally find their dream fertility doctor in the illustrious Dr. Hindle (Pierce Brosnan). But after becoming pregnant with a healthy baby girl, Lucy begins to notice something sinister through Hindle’s gleaming charm, and she sets out to uncover the unsettling truth about him, and her own “birth story.” As if getting pregnant weren’t complicated enough…” 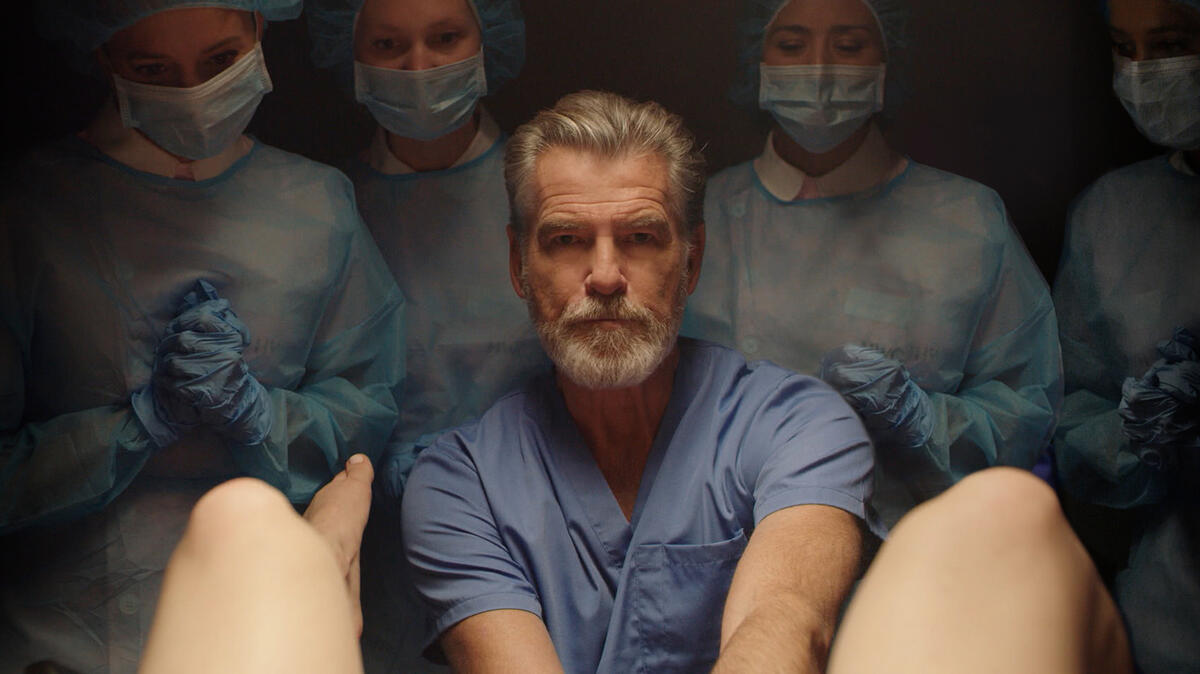