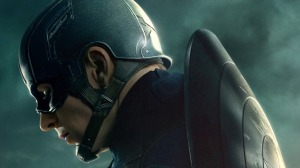 The rumors of Captain America’s return might have been greatly exaggerated. Back in January, reports rolled in that Chris Evans would be returning to the MCU after seemingly departing the Captain America role in Avengers: Endgame. Evans, for his part, denied the reports, but that was sort of an “of course he’d say that” situation. However! Marvel Studios head honcho Kevin Feige has weighed in, and it certainly sounds like Evans isn’t donning the red, white, and blues anytime soon.

Here’s what Feige said in a conversation with EW:

“I rarely answer no to anything anymore because things are always surprising me with what happens, but that rumor, I think, was dispelled rather quickly by the man himself.”

Again, this wouldn’t be the first time someone in Hollywood said “no that’s not happening” and then the thing happened. But as Feige noted himself, the MCU head very rarely offers up a flat-out “no” to anything, so this sounds as definitive as it gets. Time will tell.

The last we saw Evans‘ Captain America in the MCU, he had just traveled back in time to live a fulfilling, Cap-free life, gifting his iconic shield to Sam Wilson (Anthony Mackie). We’re just a few days out from The Falcon and the Winter Soldier debuting on Disney+, with the show promising to answer the question of just how much of the Captain America mantle Sam will take on. For Mackie‘s part, he delightfully does not know what’s going on with Evans. Here’s what he said:

“I was actually fishing [when the report came out]. When I came back in to get some shrimp, the dude at the dock was like, ‘Hey, man! Did you see this s—?!’ I’ve been going to the same guy to get my bait for like 20 years and all of a sudden now he’s a fan. He had no idea who I was. Now he’s a fan.