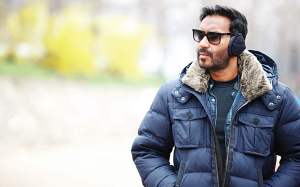 In March this year Ajay Devgn took to his social media profile sharing a cryptic message wherein he asked fans and viewers to refer to him not as Ajay Devgn but as Sudarshan. At that time reports claimed that the said post was a promotion for his soon to be launched webshow that would also mark Devgn’s OTT debut. Now, a few weeks on and Bollywood Hungama has managed to get some inside details about Devgn’s show. In fact, a well-placed industry insider tells us that the said show will be a remake of the British TV series Luther.

Commenting on the same the insider spills the beans saying, “Yes, Ajay will be making his OTT debut with the Luther remake that is jointly being produced by BBC India and Applause Entertainment. Once ready the show will be aired on Disney+ Hotstar, and an official announcement of the show will happen sometime next week.” Ask the source for more details about the cast of the show and he adds, “The original is a psychological crime thriller with Idris Elba playing the lead. Given the seriousness and gravitas needed for the role Ajay was the perfect fit for the remake. Besides Devgn, the remake will also feature a prominent female lead much like the original, and buzz is that Ileana D’Cruz has been approached for the said role.”

If that wasn’t all, we also hear that the said show will be directed by Rajesh Mapuskar who directed the 2012 film Ferrari Ki Sawaari and the 2016 film Ventilator. Though details of what to expect are still sketchy, given the story line of the original British TV show Luther, we can expect the remake to feature Devgn going undercover as an investigator to solve crimes.