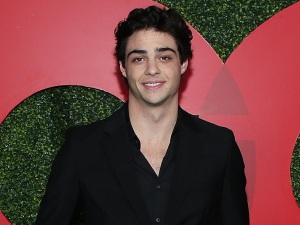 Netflix‘s golden boy Noah Centineo has signed on to star in and executive produce a new spy thriller series for the streaming giant.

Centineo will play a fledgling lawyer at the CIA who becomes enmeshed in dangerous international power politics when a former asset threatens to expose the nature of her long-term relationship with the agency unless they exonerate her of a serious crime.

The untitled series hails from Entertainment One, Doug Liman‘s Hypnotic banner and creator Alexi Hawley (The Following), who will also serve as showrunner and executive producer. Liman (Mr. and Mrs. Smith) will also executive produce with his Hypnotic partners Gene Klein and David Bartis, as well as Centineo.

Netflix has ordered eight hour-long episodes of the show, which comes on the heels of Centineo‘s work in the streamer’s To All the Boys trilogy, as well as starring roles in the streamer’s original movies The Perfect Date and Sierra Burgess Is a Loser.

Up next for Centineo is DC‘s Black Adam movie, in which he’ll play Atom Smasher alongside Dwayne Johnson. He has also wrapped the period romantic drama The Diary from writer-director Jackie Chan, and he’s slated to play He-Man/Prince Adam in Netflix‘s Masters of the Universe movie. Additionally, Centineo is attached to star in Netflix‘s GameStop movie from Oscar winner Mark Boal, so the streamer’s schedule-makers certainly have their work cut out for them. Fortunately for Netflix, you can never have too much of a good thing.