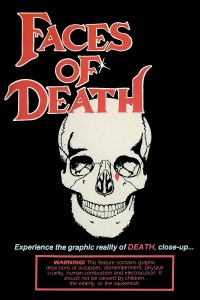 The original Faces of Death, released in 1978, is one of the most infamous films of all time, allegedly showcasing real footage of real death. In actuality, much of the footage seen in Faces of Death is staged, with gory special effects often being paired up with real footage to create the illusion of gruesome reality. Here in 2021, a brand new reboot is on the way.

THR reports today that Legendary Entertainment is behind the Faces of Death relaunch, with Cam filmmakers Isa Mazzei and Daniel Goldhaber on board to write and direct!

“The new plot revolves around a female moderator of a YouTube-like website, whose job is to weed out offensive and violent content and who herself is recovering from a serious trauma, that stumbles across a group that is recreating the murders from the original film. But in the story primed for the digital age and age of online misinformation, the question faced is are the murders real or fake?”

The new story was conceived by Mazzei, Goldhaber, and Isabelle Link-Levy. Like the original film, Legendary is reportedly hoping the new one will spawn a multi-film franchise.

The original movie was written and directed by the late John Allan Schwartz.