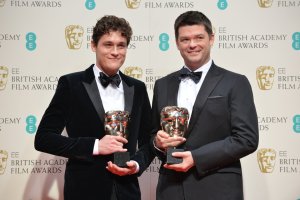 Universal has tapped Phil Lord and Chris Miller will direct an adaptation of a new book by journalist and author Michael Lewis titled The Premonition: A Pandemic Story. The story discusses several U.S. heroes in the early days of Covid-19 who attempted to warn of the dangers of underestimating the infectious disease. Adding to Deadline, Lord and Miller will direct and also produce alongside Aditya Sood through their Lord Miller banner, while Amy Pascal and Rachel O’Connor produce the film via Pascal Pictures. Pascal, Lord and Miller had previously collaborated in producing the Oscar-winning Spider-Man: Into the Spider-Verse, so another film with that team should get fans excited.

Last week, Lewis’s nonfiction book The Premonition was published by W.W. Norton & Co and follows three main characters who work in the White House; a biochemist, federal government employee, and a public health care worker who using mathematical calculations and information from China, discovered that Covid-19 was more dangerous than President Trump was letting on. The three attempted to work around bureaucracies such as the CDC and sound the alarm for Covid-19 in their own way, and while their attempts did fall short, the workers saved more lives than would have been saved had they not done what they did. The film is said to have a tone approach which is like All the President’s Men and will focus on the book’s characters who sacrificed a ton in the hope of saving lives.

The Premonition still has not found a screenwriter yet; however, they are hopeful that once Lord and Miller are finished with their current project, Project Hail Mary, they can jump right on it. Lewis is no stranger to his books being adapted into popular films. His most prominent have been The Big Short, The Blind Side, and Moneyball, which all went on to win awards. He has also seen his book The Fifth Risk evolve into a Netflix series, and Flash Boys and Liars Poker is set at Warner Brothers.

Although not much is known about the film yet, having Lord, Miller, and Pascal all teamed up is exciting enough already, so be sure to keep up with Collider for any more upcoming information on the film.