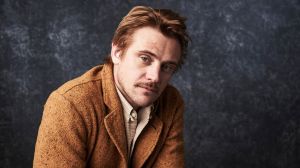 There’s a Logan reunion brewing on the set of Indiana Jones 5, as Boyd Holbrook has joined the cast of James Mangold‘s sequel, which has also added The Resident alum Shaunette Renée Wilson.

Harrison Ford is set to reprise his iconic role as the heroic archaeologist, and he’ll be joined by Phoebe Waller-Bridge and a villainous (what else is new?) Mads Mikkelsen. Deadline broke the news of Holbrook‘s casting, and though character details are being kept under wraps, part of me wonders if he’ll be positioned for a larger role in the future of this franchise. After all, Disney and Lucasfilm were looking to pass the Indy torch to Chris Pratt at one point, so you never know…

Mangold is directing the action-adventure movie, which Steven Spielberg will produce alongside Kathleen Kennedy, Frank Marshall and Simon Emanuel. Spielberg directed the previous four films in the franchise and Deadline reports that he remains very involved in putting this picture together — especially since it’s expected to be Ford’s last outing with the whip. Also back for this new installment is composer John Williams, who created Indy’s iconic theme.

Plot details for Indiana Jones 5 remain under lock and key, but production is expected to start this summer, as Disney is slated to release the blockbuster sequel on July 29, 2022.

Holbrook broke out as the star of Narcos before being cast as the villain opposite Hugh Jackman in Mangold‘s Logan, which is among the greatest comic book movies ever made. That film landed him the lead in Shane Black‘s The Predator, which seemed to halt his career momentum. That said, Holbrook has several exciting projects on the horizon, as he’ll soon be seen as The Corinthian in The Sandman series on Netflix, and he has also wrapped a pair of projects from director B.J. Novak — the Blumhouse thriller Vengeance and the FX series Platform. He also stars in the Sundance genre flick Eight for Silver and the action-thriller Beckett, which pairs him with John David Washington and Alicia Vikander.

Wilson is best known for her work on Fox‘s medical drama The Resident, though she also appeared in Black Panther as a member of the Dora Milaje. Her other credits include Showtime‘s Billions and Blumhouse‘s Into the Dark: Treehouse. Her role in Indy 5 remains a secret, so stay tuned for more info as it’s revealed.