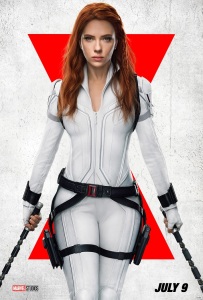 Marvel Studios has released a brand-new clip for the upcoming Black Widow, and it is here to remind you that we are finally getting a new MCU movie in theaters (and also on Disney+ via Premier Access) this summer. The long-delayed and anticipated film is directed by Cate Shortland brings back Scarlett Johansson as Natasha Romanoff, better known as the titular Black Widow.First announced by Marvel Studios President Kevin Feige during San Diego Comic-Con back in 2019 with a release date of May 1, 2020, before the global pandemic forced Disney to change the release several times until finally landing on its current July release date. Indeed, Shortland even confirmed recently that the film has actually been completely finished for over a year, and they’ve simply left it untouched since. This answers the question many fans had of whether Marvel had gone back to tweak some things in order to make Phase 4 of the MCU more cohesive since some characters from Black Widow are expected to show up in order projects, like Julia Louis-Dreyfus appearing in The Falcon and the Winter Soldier when she reportedly makes her first appearance in Black Widow.In addition to Johansson, Black Widow also stars Florence Pugh, Rachel Weisz, David Harbour and O-T Fagbenle. Shortland directs from a story by Jac Schaeffer (WandaVision) and Ned Benson (The Disappearance of Eleanor Rigby), and screenplay written by Eric Pearson (Thor: Ragnarok, Agent Carter). The film is not the only MCU chapter to premiere this year, as we’re also set to see Shang-Chi and the Legend of the Ten Rings, Spider-Man: No Way Home, as well as Eternals premiere later this year.Black Widow will premiere both in theaters and on Disney+ with Premier Access on July 9. You can watch the latest clip featuring Johansson‘s Natasha and Pugh‘s Yelena Belova bonding during a high-speed car chase below: