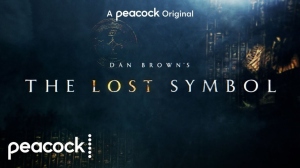 In the Peacock original, Ashley Zukerman will portray a young Langdon, who must solve a series of deadly puzzles — enmeshing himself within a high-stakes game of cat and mouse — to save his kidnapped mentor and squelch a world-spanning conspiracy.

The trailer begs to ask, is Langdon capable of predicting his foes’ actions to save his mentor (and maybe the world), or will his symbology expertise and historical knowledge leave him endlessly two steps behind? Langdon goes from lecturer to investigator as he ponders what the unnamed criminal mastermind desires. As for what Langdon does know, the criminal wants him “to locate an ancient portal buried within the capital and unlock it,” which he explains in the trailer. Given the trailer’s perfect combination of suspense, artifactual trivia, and drama, the show seems destined to follow in its cinematic predecessors’ footsteps.

Take a peek at the teaser trailer below and be sure to check back with Collider for updates surrounding Dan Brown’s The Lost Symbol, as the release date has yet to be announced.