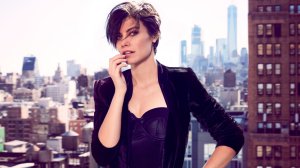 Fresh off the success of Army of the Dead, Netflix has snapped up Zack Snyder from WarnerMedia to debut his next project, Twilight of the Gods. The animated series is inspired by Norse mythology and will be directed by Jay Oliva, the storyboard artist behind many DC films, who also serves as executive producer and showrunner. Snyder will be a writer and producer of the series through his production company The Stone Quarry.

Netflix announced the news in a Twitter post for their Geeked Week, a virtual fan event that announces new genre content for the streaming service. They also revealed the amazing voice cast as well as their characters. Sylvia Hoeks will play Sigrid, Stuart Martin will play Leif, Pilou Asbæk will play the god of thunder, Thor, and John Noble will voice his father, Odin. Paterson Joseph rounds out the family by playing Loki, while Rahul Kohli and Jamie Clayton will voice Egill and The Seid-Kona respectively. Game of Thrones’ Scandinavian giant Kristofer Hivju will play Andvari, joined by the always amazing Swedish character actor Peter Stormare as Ulfr. Lovecraft Country’s Jamie Chung will star as Hel, The Walking Dead’s Lauren Cohan will voice Inge, and finally, Corey Stoll rounds out the cast as Hrafnkel.

This looks to be a solid next project for Snyder, as he has surrounded himself by a killer cast and an interesting premise. A follow-up to Army of the Dead is already in production as well — a new series called Army of the Dead: Lost Vegas. Additionally, the iconic filmmaker has several projects in the works in all creative capacities, whether it be as a writer, producer or director. He is currently set to direct an adventure film called The Last Photograph, from a story by 300 screenwriter Kurt Johnstad. Additionally, he’s hoping to do the impossible and direct a successful adaptation of Ayn Rand’s opus The Fountainhead.

On the comics side, he’s still attached as a story writer to Justice League Part Two, although details are scare and it’s unlikely we’ll see this film move forward anytime soon. He’s also serving as a producer on Gotham City Sirens, the next film with Harley Quinn that has been in development since 2016. Finally, his production team is attached to a Deadshot spinoff, that follows the infamous assassin on a solo journey.

But before these other films, Twilight of the Gods will premiere on Netflix, hopefully sometime this year. Check out the Twitter announcement below.