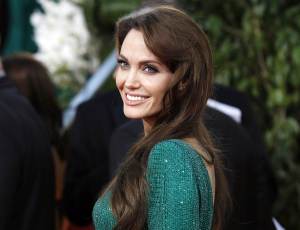 Angelina Jolie has revealed in a new interview with The Guardian that she turned down a role in Martin Scorsese‘s The Aviator due to Harvey Weinstein‘s involvement in the project. While she didn’t name the specific part she was being eyed for, you’d suspect it might have been either Katharine Hepburn or Ava Gardner, which ended up being played by Cate Blanchett in Academy Award-winning form and Kate Beckinsale respectively.

Jolie‘s first encounter with the disgraced Miramax mogul came when she was just 21 years old, and it soured her on ever having to deal with Weinstein ever again for the rest of her professional career. In fact, the Eternals star admitted in the same interview with The Guardian that she fought with ex-husband Brad Pitt when he signed on to Weinstein-backed projects Inglourious Basterds and Killing Them Softly, and she refused to attend any promotional events for either film.

“I was asked to do The Aviator, but I said no because he was involved. I never associated or worked with him again. It was hard for me when Brad did. We fought about it. Of course it hurt.”

Once one of Hollywood’s most powerful producers with a notorious temper and reputation for being a hard-nosed bully, Weinstein was sentenced to 23 years in prison after being found guilty of two felony charges of sexual abuse, with more than 80 women making allegations against him dating back decades, sparking the #MeToo movement.

Both Jolie and The Aviator managed to get on just fine without each other, as Scorsese‘s long-gestating Howard Hughes biopic went on to earn $213 million at the box office and win five Academy Awards from eleven nominations, while the actress remains one of the most famous faces in the industry.