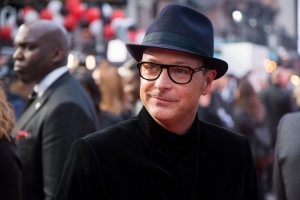 Matthew Vaughn‘s latest spy action venture Argylle has officially begun principal photography in Europe, and the star-studded list of actors has added yet another number to their ranks. Tony Award-nominee Ariana DeBose (Schmigadoon!) has been cast in the feature that hails from Apple Original Films and Vaughn‘s MARV Studios.

DeBose will star in the upcoming movie alongside the previously-announced cast that includes Henry Cavill, Sam Rockwell, Bryce Dallas Howard, Bryan Cranston, Catherine O’Hara, John Cena, and Samuel L. Jackson. Pop star Dua Lipa, who makes her acting debut in Argylle, will also provide original music for the film’s title track and score. Specifics of casting have not yet been confirmed.

The movie, which is based on the as-of-now-unreleased spy novel of the same name by Ellie Conway, follows the world’s greatest spy known as Argylle as he is caught up in a globetrotting adventure. Argylle is the first of at least three films in a planned franchise, and will be set in various locations including the United States and London. “When I read this early draft manuscript I felt it was the most incredible and original spy franchise since Ian Fleming’s books of the 50s,” said Vaughn in a provided statement. “This is going to reinvent the spy genre.”

“We have assembled an absolutely stellar cast to inhabit each of the wonderfully original and captivating characters in this thrill ride of a story,” Vaughn added. “We’re so excited that production is now off and running, bringing us closer to sharing this epic action spectacle with audiences around the world.”

Vaughn is directing from a script written by Jason Fuchs. The film is produced by MARV and Vaughn’s regular collaborators Adam Bohling and David Reid, as well as Fuchs. Zygi Kamasa, Carlos Peres, Claudia Vaughn, and Adam Fishbach are serving as executive producers.

With Argylle now beginning production, stay tuned to Collider for more reporting on this project, including trailers as well as an official confirmation of a release date.