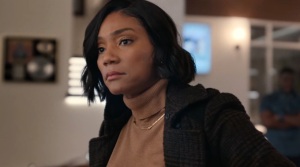 It’s all just a good wild hang until someone goes and gets themselves murdered. That’s the gist of the upcoming Apple TV+ mystery comedy series The Afterparty, from writing/directing/producing maestros Phil Lord and Chris Miller (the guys who proved that there are great movies to be made from even the most impossible-sounding ideas, like “What if we did a 21 Jump Street reboot?” or “What if we did a whole animated movie about LEGO?”).

Here’s the official premise for The Afterparty:

Created and directed by Miller, “The Afterparty” centers on a murder mystery at a high school reunion. Each of the eight episodes features a retelling of the same night told through a different character’s perspective, each with its own unique visual style and film genre to match the teller’s personality.

In an official statement, Lord and Miller promised that:

“This is one of the most surprising, original and fun projects we’ve ever made. Our goal was to tell a comedic whodunnit story in a new and exciting way. By giving each episode its own unique style of storytelling, we were able to make what feels like eight distinctly different but interconnected films that highlight how everyone’s personal perspective and biases shape how they see the world.”

And, at the very least, it’ll be a genuine pleasure to see Haddish explore her inner Benoit Blanc as the lead detective on the case, popcorn at the ready. The eight-episode series will premiere January 2022 on Apple TV+. For more, check out the teaser below.