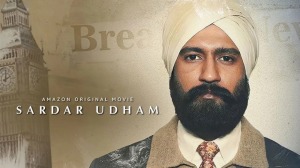 Synopsis – Indian Revolutionary Udham Singh whose better known for the assassination of Michael O Dwyer in London, who was behind the Jallianwala Bagh Massacre on April 13, 1919. The story sets out how Udham Singh survived the massacre on day of Baisakhi which killed around 400 people and injured around 1000 and avenges those who died.

My Take – For decades, Hindi cinema has continued to dabble in various feature films surrounding the Indian fight for freedom from the British rule which lasted for 89 years. But such films, despite most being biopics of specific individuals, never seem to portray freedom fighters as people, but as symbols habituated to divulge in chest-thumping jingoism.

Sure, while some of these films like The Legend of Bhagat Singh (2002) and Mangal Pandey: The Rising (2005) were served as commercial entertainers, but over a period of time, their presentations all ended up looking similar, irrespective of the revolutionary or event they were focusing on.

However, this latest return to India’s colonial past is unlike anything ever seen in Hindi cinema. A well-researched slow burn biopic on Udham Singh, a revolutionary freedom fighter highly known for assassinating Michael O’Dwyer, the former Lt governor of the Punjab, in London to avenge the 1919 Jallianwala Bagh massacre in Amritsar.

Here, director Shoojit Sircar (Vicky Donor, Madras Cafe) creates an unconventional biopic minus any hard-hitting dialogues or emotional outbursts that avoids the popular tropes of the genre, and instead offers a spare, detailed look at the revolutionary’s life, his ideologies, and his struggle for freedom. This pre-independence drama based on true events, is a simmering observation of a man consumed by grief, whose loss and despair becomes so overpowering that avenging the barbaric crime he witnessed in his 20’s, becomes the only reason for his existence, even 20 years later.

Yes, while the film isn’t always successful in providing a rounded and complex portrait, however writers Ritesh Shah and Shubhendu Bhattacharya, by adopting a non-linear narrative, ending up scoring a rare and significant Indian story that is surprisingly sober and thoughtful. 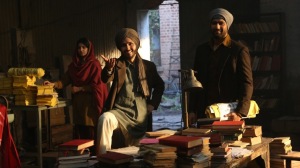 Panning from 1919 to 1940, juggling various timelines, the story follows Sardar Udham Singh (Vicky Kaushal), who after stumbling out of a Punjab jail after two years, after trudging through snow-clad Russia, flees to London, with the single-minded determination to bring to fruition what has been searing within him for years, all the while reminiscing about his early days as a revolutionary, when he was inspired by, and befriended, Bhagat Singh (Amol Parashar). Yet, he waits six years before storming into Caxton Hall and pumping bullets into Michael O’Dwyer (Shaun Scott), whose tacit instructions to Reginald Dyer on the ground in Punjab, resulted in the bloodbath known as the Jallianwala Bagh massacre.

Director Sircar’s first attempt at the period genre is not just a detailed one but it suffuses curiously penned drama in every phase of the film. While the film starts at a sluggish speed, he continuously builds an atmosphere of tension and melancholy. Above all, the non-linear editing makes the content all the more compelling, hiding the gaps in the material available on Shaheed-i-Azam. The idea of putting the action part before the motivation keeps the audience engaged.

Shadowing Udham for 162 minutes, here, the film chooses to view him solely as a reactive agent to that day in Jallianwala Bagh. Unlike most Hindi film freedom fighters, he isn’t a leader. His English is broken, but there’s no indication he’d be a captivating speaker in his own language. Yet, there is clarity of thought. When his friend, a Communist party member, asks him to march for the whole world, he declines, stating that he is not an equal to march as he is not free.

The narrative never ignores Udham’s Marxist beliefs and internationalist understanding of imperialism, making a common cause with Irish nationalists, pointing out that both the Indians and the Irish are lambs being readied for the same slaughter.

Most surprisingly, the British never come across as card boards characters. They are persuasive in defending the supposed burden of the white man which Udham describes as an evil design of the Empire to continue their looting of India. Sure, some of these scenes and characters are fictionalized, but some of the best moments come through during the conversations between O’Dwyer and Udham when the latter worked as his aide, providing an unseen insight into what the British thought of Indians in general. 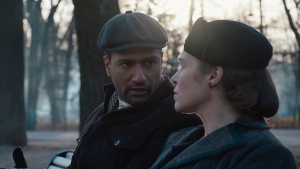 However, the film reaches its pinnacle in the last forty minutes dedicated to the Jallianwala Baug tragedy. While the film is essentially a biopic of Sardar Udham, Jallianwala Bagh incident is as much a character here. Though the particular event has been depicted previously in other films, but here director Shoojit instead of drawing a straight line from the massacre to Singh’s radicalization, he keeps us in that hell. The massacre and its aftermath are depicted in gruesome, harrowing and excruciating detail.

As Udham visits the grounds, looking for his girlfriend, he makes this trip several times, carting the still-alive to a makeshift hospital. The aftermath goes on and on, an excruciating passage that drives home better than the shocking violence a few scenes earlier what might actually push a young man to give up his life for a freedom he won’t see. It is a heart wrenching watch sure to move you to tears.

Performance wise, Vicky Kaushal delivers his career best turn yet. From the carefree youngster to the steely man on a mission, its Kaushal, who shoulders the film and breathes life into every life stage of Udham Singh. Kaushal has rather large shoes to fill as director Shoojit Sircar always wanting to make this film with the late Irrfan in the lead. And while he starts off slow, Kaushal quickly comes into his own, delivering an act punctuated by silences and gestures that speak more than his words.