Your favorite medieval fantasy world returns this holiday season as The Witcher will be back for Season 2 on Netflix this December. The streaming service has unveiled two dark posters for the second season, revealing the words “destined to survive” and a determined Yennefer, who is more than willing to do what it takes to survive in the wilderness of a medieval fantasy world. Etched are the words “Destined to Fight” for Ciri’s poster, and a brave Ciri who launches a sword.

The Witcher is based on a book series of the same name by Polish author Andrzej Sapkowski. The Witcher takes place in a medieval fantasy realm, focusing on the legend of Geralt of Rivia, a solitary monster hunter, who often feels like an outsider, and Princess Cirilla “Ciri” of Cintra who is linked to the monster hunter by destiny. The first season followed the monster hunter, princess, and the sorceress Yennefer of Vengerberg at different points of time who all ultimately endure a raging Battle of Sodden Hill.

Season 2 will pick up right where Season 1 ended at the Battle of Sodden Hill, and showcase Geralt, who is willing to keep training Ciri to persist through combat and protect her powers.

The original cast will return: Henry Cavill (Geralt of Rivia), Anya Chalotra (Yennefer of Vengerberg), Freya Allan (Ciri), and Joey Batey, along with some new faces which include Killing Eve‘s Kim Bodnia as Vesemir, an older witcher who also acts as a mentor for Geralt, Paul Bullion as Lambert, a person who assists in Ciri’s training, Bridgerton’s Adjoa Andoh as Nenneke, a mother figure for Geralt, and Outlander’s Graham McTavish as Dijkstra, a spymaster who is rooted in villainous acts. We’ll also be seeing Liz Carr as Fenn, Simon Dallow as Codringher, Kevin Doyle as Ba’lian, and Chris Fenton as Rience.

Season 2 will debut on December 17, and Season 1 is available on Netflix. Check out the posters below: 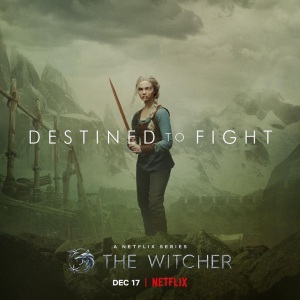 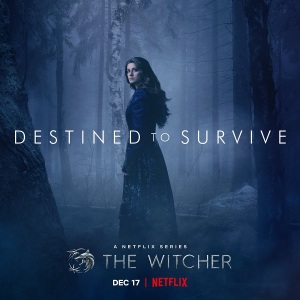 Netflix’s synopsis for Season 2 reads as:

Convinced Yennefer’s life was lost at the Battle of Sodden, Geralt of Rivia brings Princess Cirilla to the safest place he knows, his childhood home of Kaer Morhen. While the Continent’s kings, elves, humans and demons strive for supremacy outside its walls, he must protect the girl from something far more dangerous: the mysterious power she possesses inside.