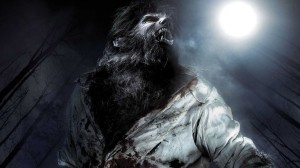 It’s going to take more than a silver bullet to keep Universal and Blumhouse’s new Wolfman project down. The Ryan Gosling project now has a new director and writer in the form of Derek Cianfrance, according to Deadline. He will be replacing the previous director Leigh Whannell. Despite this shift in direction, the core premise will allegedly remain the same from when it was first announced.

Given the pair’s history with one another, this news does not come as a surprise. Cianfrance previously directed Gosling in 2010’s Blue Valentine and 2012’s The Place Beyond The Pines. Deadline’s Justin Kroll reports that the actor approached Cianfrance about his pitch in the wake of Whannell’s departure, with the idea eventually winning him over. He recently wrote and directed all six episodes of I Know This Much Is True, as well as gained an Academy Award nomination for his script for Sound of Metal. Although he has not made a horror movie in the past, the chances that this new film will be just as engaging and haunting as his other projects are high.

“Horror movies were my first love,” Cianfrance says in a statement, “[they were] my entry into what cinema was capable of narratively, psychologically and aesthetically. Coupled with the opportunity to collaborate with Ryan again, this is truly a dream come true. I’m thrilled and inspired to work with the good folks at Blumhouse and Universal to bring this monster back to life in our collective unconscious.”

This news on Wolfman proves that the project is not only still in development, but that Universal and Blumhouse are still very much interested in their new approach to rebooting their Classic Monsters. After the studio’s Dark Universe plan ended in catastrophe with The Mummy (and resulted in a hilarious tweet that’s quickly approaching its fifth-year anniversary), they shifted their focus to more intimate films that examine the long-lasting appeal of their monsters rather than reinventing them for a modern age.

Enter Whannell’s 2020 film The Invisible Man, which took the original film’s ideas about obsessive behavior and put it within the framework of a harrowing abuse story to more positive reviews. It also didn’t hurt that it leaned much more towards horror rather than action-adventure. From what little we know about Wolfman, this new project appears to be heading in a similar direction.

Gosling, Blumhouse CEO Jason Blum, and Ken Kao will be producing this new take on Universal’s influential werewolf. Wolfman currently does not have a release date.