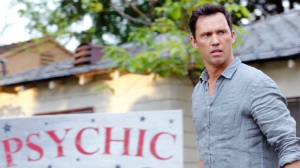 Law & Order is coming back after eleven years off the air and this time with Jeffrey Donovan will star in the lead role. Variety is reporting that Donovan will be playing an NYPD detective but other information about his character is being kept under wraps. The news was announced in September that Law & Order would return for its 21st season. The popular series has spun out into iconic spin-off series, some running longer than the original run like Law & Order SVU, which has had 23 seasons so far.

The original series had iconic performances from actors like Jerry Orbach, Jesse L. Martin, Sam Waterston, and S. Epatha Merkerson and the end of the show was something that many fans were upset by. Bringing it back now is exciting, but it will still have a Lennie Briscoe-sized hole.

After the success of his show Burn Notice starring opposite Bruce Campbell, Gabrielle Anwar, Coby Bell, and more, Donovan has worked on movies such as Extremely Wicked, Shockingly Evil, and Vile, and played John F. Kennedy in the 2016 film LBJ. He’s also starred in the second season of Fargo as Dodd Gerhardt. But he’s made a name for himself playing Michael Westen on Burn Notice, a spy and former U.S. Army soldier serving in special operations who is known as a top CIA operative.

Law & Order is going to be a wonderful return to form for fans of the series and for new fans of the franchise. After 20 successful seasons beforehand, it will be interesting to see how the show adapts to a more modern lens because even though the show ended in 2010, the way its spin-off series have adapted will make for an interesting return to the world and these characters we’ve come to know and love. Especially with Donovan leading the charge.