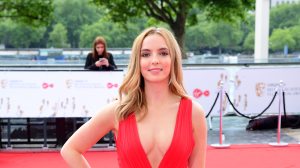 Ridley Scott has revealed the filming date for his new movie Kitbag during an interview with BBC’s Today. Per Scott, the new Napoleon epic is set to start filming on January 15 for Apple Studios.

The film stars Joaquin Phoenix in the titular role, with Jodie Comer working alongside him as Napoleon’s wife Josephine. David Scarpa is slated to write the script with Scott and Kevin Walsh acting as producers. Per his interview with Today, Scott reportedly referred to the upcoming film as a “monster.”

“No actor could ever embody Napoleon like Joaquin,” said Scott when the project first landed at Apple Studios. “He created one of movie history’s most complex Emperors in Gladiator, and we’ll create another with his Napoleon. It’s a brilliant script written by David Scarpa, and today there’s no better partner than Apple to bring a story like this to a global audience.”

The upcoming biopic will show a personal look at the French military leader’s origins and his swift climb to emperor. However, this will not be a traditional biopic, as these events will be viewed through Napoleon’s volatile relationship with his wife. The film is meant to showcase Napoleon’s relentless ambition and astonishing strategic mind, culminating in the war visionary and military leader history remembers. Along with the personal details of his life, Kitbag will also depict his most famous battles.

This is yet another film that Scott is pumping out, as he’s already released the powerful medieval drama The Last Duel, which also stars Comer in addition to Matt Damon and Adam Driver, as well as the upcoming House of Gucci, starring Driver and Lady Gaga. Scott is also slated to have a hand in upcoming TV adaptations of his Alien and Blade Runner franchises, revealing in that same interview that pilot scripts had been written. Alien is set to be released on FX with Noah Hawley showrunning.

No release date has been set for Kitbag currently, but for more news on this film as it develops, stay tuned to Collider.