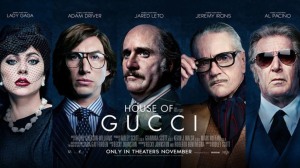 Synopsis – When Patrizia Reggiani, an outsider from humble beginnings, marries into the Gucci family, her unbridled ambition begins to unravel their legacy and triggers a reckless spiral of betrayal, decadence, revenge, and ultimately…murder.

My Take – One doesn’t have to be a fashionista to recognize and accept that the 100-year-old Gucci continues to be an influential brand in the world of fashion. But while one would expect a film about a fashion brand to be about couture, catwalks, cat fights, drugs or models suffering from anorexia, this one is instead about the drama between fathers, sons and squabbling wives.

Based on Sara Gay Forden’s 2001 book, ‘The House of Gucci: A Sensational Story of Murder, Madness, Glamour, and Greed’, director Ridley Scott’s true crime take gives us an insight into powerful family of wealth, fashion, and influence with connections back and forth between Italy and New York and their dealings with greed, scandal, and betrayal within the so called family business.

Though personally I’ve never purchased or owned anything Gucci, however, that didn’t prevent me from enjoying the heck out of this truly wild ride, what is likely to be one of the year’s most divisive films. Backed by a star studded cast, the feature adaption delivers on being the longest, most expensive but entertaining soap opera episode that hooks you in right from the very first scene.

From top to bottom, everything about this film is over the top, outrageous and divine, making it a very fun piece of dramatic cinema. And with the widely talented cast nailing the required flamboyant performances especially with their accents, the resulting film is just appropriately and absurdly excellent and entertaining. 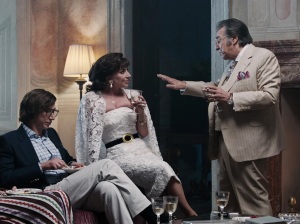 Beginning in the 1970s, the story follows Patrizia Reggiani (Lady Gaga), a young woman from an average Italian middle-class home who works as an office manager within her father’s small trucking firm. Whose life takes a dramatic turn when she meets Maurizio Gucci (Adam Driver), a shy law student and heir to half of the Gucci fashion house, at a party and ends up pursuing him, till they get married, much to the dismay of his father, Rodolfo (Jeremy Irons), who is convinced that Patrizia is after the Gucci money.

However, Rodolfo’s brother, Aldo, (Al Pacino), who owns the other half of the company and was responsible for making Gucci a global brand, is more forgiving and invites the young couple to work with him in New York, mainly as Aldo does not hold out much hope from his unintelligent son, Paolo (Jared Leto), who aspires to be a designer within Gucci despite his lack of talent.

But matters begin to complicate when Patrizia begins manipulating Maurizio into taking on an active role in a business for which he previously had little interest. All part of her grand scheme, with a little help from a psychic named Giuseppina Auriemma (Salma Hayek), to control the business and the money.

Soon, fathers and sons hate each other, cousins are enemies, as the Gucci brand finds itself in a shambles as cheap knockoffs flood the market in the 1980s, while Giorgio Armani and Versace have raced ahead.

Here, director Ridley Scott and writers Becky Johnston and Roberto Bentivegna do not pick sides, but instead focus on turning the campy and juicy melodrama factor up on the family feud and correlating the complicated romantic relationship between Patricia and Maurizio. 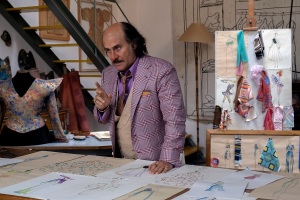 Yes, it is rather long, careens wildly in tone, it still manages to be an enjoyable romp, leading to the well-documented conclusion. Also filled with pop hits from the 1970s and ’80s, this is as close as director Scott has come to making a disco film.

An interesting fact about the film is that apparently, the Gucci family allowed access to their archives, resulting in the glamorous look of the film.

Nevertheless, the most important aspect of the film are the performances, Lady Gaga, who most certainly deserves some awards love this season for her performance. In the role here, Gaga proves that she is a formidable actress, as Patrizia she is melodramatic, yet full of charisma, loaded with personality, undeniable magnetism, and total commitment to her character. This is Gaga‘s film and she won’t let you forget it.

In contract, Adam Driver is more straight laced, but manages to leave a last impression. Al Pacino is also excellent in his role, while Jeremy Irons is delightful in his short screen time. In supporting turns, Salma Hayek, Jack Huston, Camille Cottin and Reeve Carney are equally good.

However, there is no denying that Jared Leto is the highlight of the film. Balding and mustachioed, Leto is caked here under more make-up than when he played the Joker in Suicide Squad (2016), with some impressive prosthetics giving him jowls almost as thick as his Italian accent. Leto is swinging for the fences, and at times, he feels like he’s in a different film from everyone else, but he’s fascinating to watch as a result. On the whole, ‘House of Gucci’ is a very odd but also quite fun and intriguing fashion soap opera. 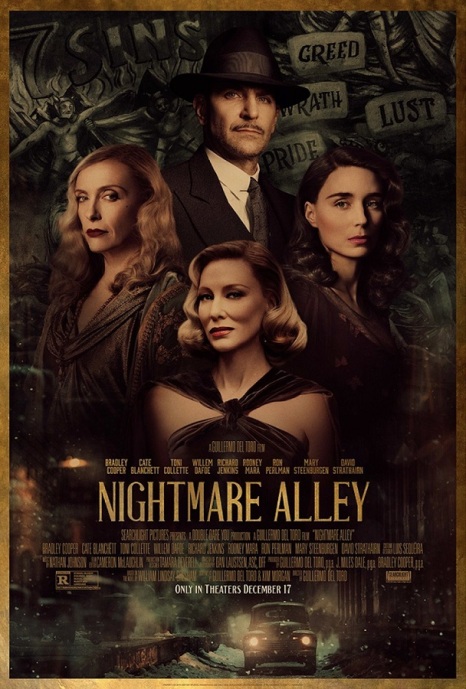