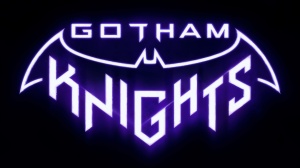 Batman fans have a lot of content to consume right now and a lot to look forward to in the near future. With shows like Batwoman currently in its third season and The Batman movie coming out in March, we are definitely not short of bat-centric stories. According to Variety, there may be another Bat-family show on the way thanks to The CW. Gotham Knights is currently being developed by the Batwoman team consisting of writers Natalie Abrams, James Stoteraux, and Chad Fiveash. Abrams is also co-executive producing with Greg Berlanti, Sarah Schechter, and David Madden who are all a part of Berlanti Productions. This is the production behind all the Arrowverse shows that include Arrow, The Flash, Legends of Tomorrow, Supergirl, and the previously mentioned Batwoman.

However, it is important to mention that this is not a Batwoman spinoff show as one might assume and it is not related to the upcoming Gotham Knights video game from WB Montreal. Variety describes the show as followed:

In the show, in the wake of Bruce Wayne’s murder, his rebellious adopted son forges an unlikely alliance with the children of Batman’s enemies when they are all framed for killing the Caped Crusader. And as the city’s most wanted criminals, this renegade band of misfits must fight to clear their names. But in a Gotham with no Dark Knight to protect it, the city descends into the most dangerous it’s ever been. However, hope comes from the most unexpected of places as this team of mismatched fugitives will become its next generation of saviors known as the Gotham Knights.

The only resemblance this description has to the upcoming video game of the same name is that Bruce Wayne is dead and it is also interesting to point out that the “son” in the tease is singular. Batman in the comics has had multiple adopted sons and there is no mention of who this character is at this time. It could be Dick Grayson or Tim Drake or even former Robin Jason Todd, who in the comics takes up the mantle of Red Hood after coming back from the dead. There is no mention of any specific Bat-family members like Barbara Gordon, but having the potential hero team up with the children of Batman’s enemies is another intriguing bit of information from this news and there will probably be a ton of butting heads as whoever is protecting Gotham tries to clear their names.

That is all the information known about the project as of now and, with shows like Black Lightning and Supergirl ending earlier this year, the DC Universe on the CW has been slowly shrinking lately. However, with current hits like Stargirl and shows like Naomi on the way, maybe Gotham Knights is just what the network needs to help inject fresh new life into their decade-old established superhero formula. There is currently no release date for Gotham Knights.