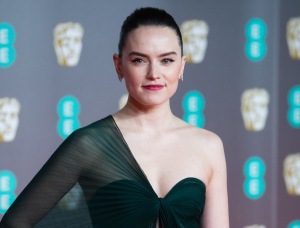 Star Wars alum Daisy Ridley has set her sights on a new indie film titled Sometimes I Think About Dying, per Deadline. The young actress will star in and produce the movie that just finished filming in Oregon.

Sometimes I Think About Dying is based on a combination of a short film of the same title, and the play Killers written by Kevin Armento. The short film is centered around Fran (Katy Wright-Mead) who spends her days thinking about dying, to the point of fascination. Fran meets a man (Jim Sarbh) at work and makes him laugh, which leads to more, and while she’s interested, her obsession with thinking of dying keeps her from living. The short film was released at Sundance Film Festival in 2019, written and directed by Stefanie Abel Horowitz and co-written by Armento and Wright-Mead.

Killers, which ran in 2013, centers around Bobby and Amanda, a pair of best friends with the desire to kill, juxtaposed with a woman contemplating suicide while falling for a co-worker, much like the short film. Horowitz also directed the play and given her involvement in both films it’s likely that the plot for Sometimes I Think About Dying will focus primarily on a workplace romance and the lead character’s fascination with her own death, rather than the play’s other storyline.

Ridley shot to stardom as the face of the new Star Wars trilogy, but her other credits include Murder on the Orient Express and Ophelia. In addition to Sometimes I Think About Dying, Ridley is also set to star in The Marsh King’s Daughter a psychological thriller by Neil Burger, and Women in the Castle, a film by Jane Anderson based on the novel by Jessica Shattuck about three widows of the conspirators involved in the assassination attempt on Hitler. Ridley is also set to star in Mind Fall, a sci-fi thriller where people can have their memories transferred to another person.

Lambert‘s directing credits include In The Radiant City, a hometown drama about a man who testified against his brother returning after 20 years, which premiered at the Toronto International Film Festival in 2016, and I Can Feel You Walking.