New images have released for upcoming film Everything Everywhere All at Once, a new take on the ever-popular multiverse dominating the big and small screens. In an exclusive from Entertainment Weekly, the photos showcase Michelle Yeoh as she takes on evil auditors, masters martial arts, and dons some amazing costumes.

Set to be the opener for this year’s SXSW Film Festival, Everything Everywhere All at Once centers on Evelyn (Yeoh), a woman just trying to do her taxes. However, she is thrust into the adventure of a lifetime, tapping into the consciousness of her multiverse counterparts as she is hunted by a mysterious enemy. But Yeoh’s not the only one with counterparts.

Jamie Lee Curtis is pictured as a tax auditor throwing Evelyn through a cubicle in one scene, and is her wife in the next. Yeoh praised Curtis and her free-spirit, telling EW, “She loves doing everything on her own, you know? I said, ‘Please don’t jump down the stairs on the wire.’ She’s like, ‘Why not?’ That sounds like me. People will say, don’t do that! I’m like, ‘Why not?'” Curtis responded in kind, adding,

Featured in the photos are co-stars Stephanie Hsu and Ke Huy Quan, who play Evelyn’s daughter and husband respectively. Hsu rocks pick hair and an amazing Elvis-inspired costume, while Quan’s Waymond shift from gentle, quiet husband to sophisticated, cigar smoking, James Bond type is something to behold. Alongside their multiverse co-stars, Everything Everywhere All at Once also features James Hong, Jenny Slate, Harry Shum Jr., Andy Le, Brian Le, and Audrey Wasilewski.Everything Everywhere All at Once is the second feature film by directing duo Daniel Kwan and Daniel Scheinert, after 2016’s Swiss Army Man starring Daniel Radcliffe and Paul Dano. The two praised Yeoh’s ability to instantly understand the action choreography calling her skills “mind-blowing”. The film is produced by the duo alongside Anthony Russo and Joe Russo, Jonathan Wang. Josh Rudnick acts as executive producer.Everything Everywhere All at Once will premiere at SXSW on March 11 and will release theatrically in the United States on March 25. Check out the film’s new photos below: 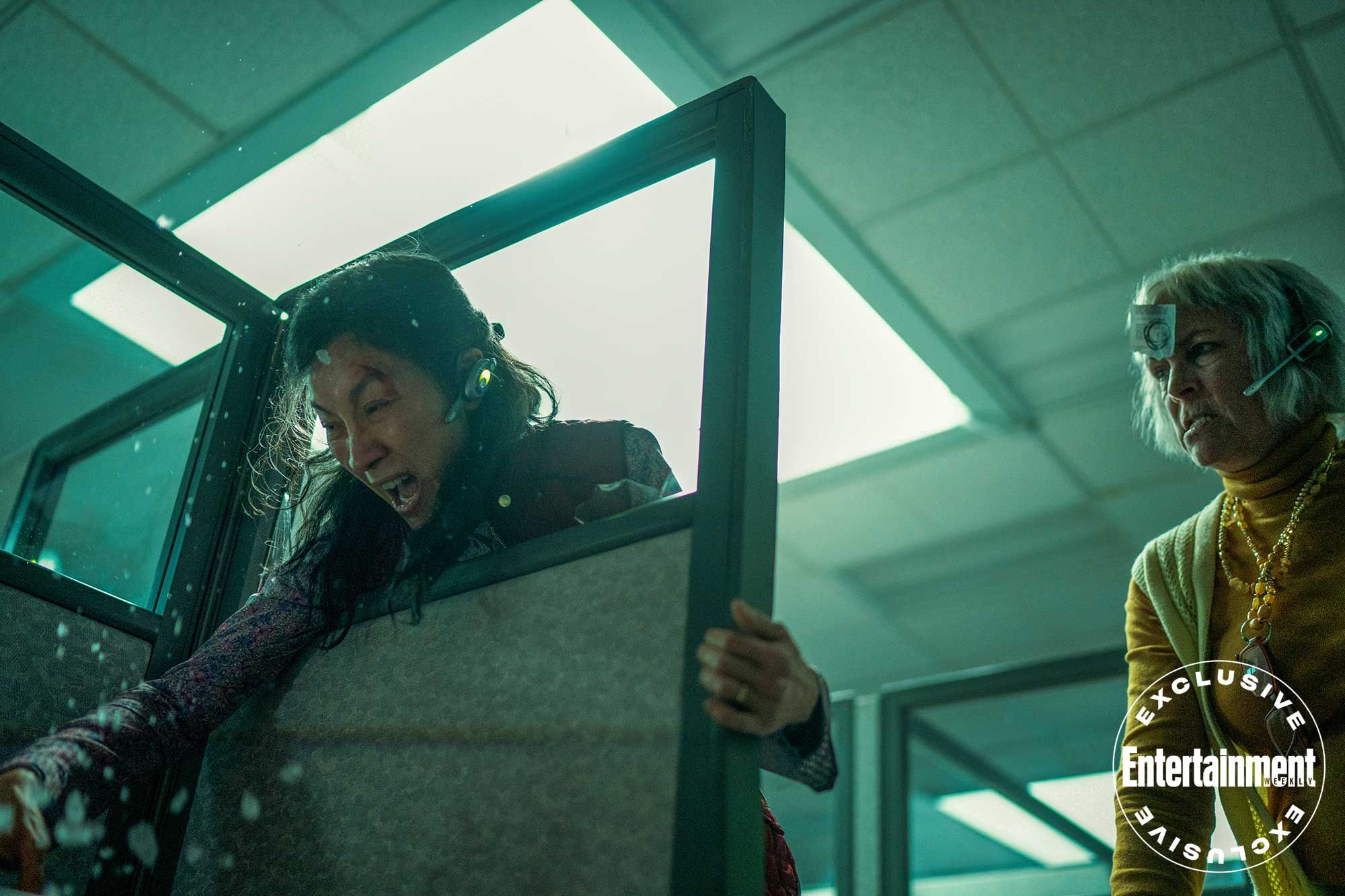 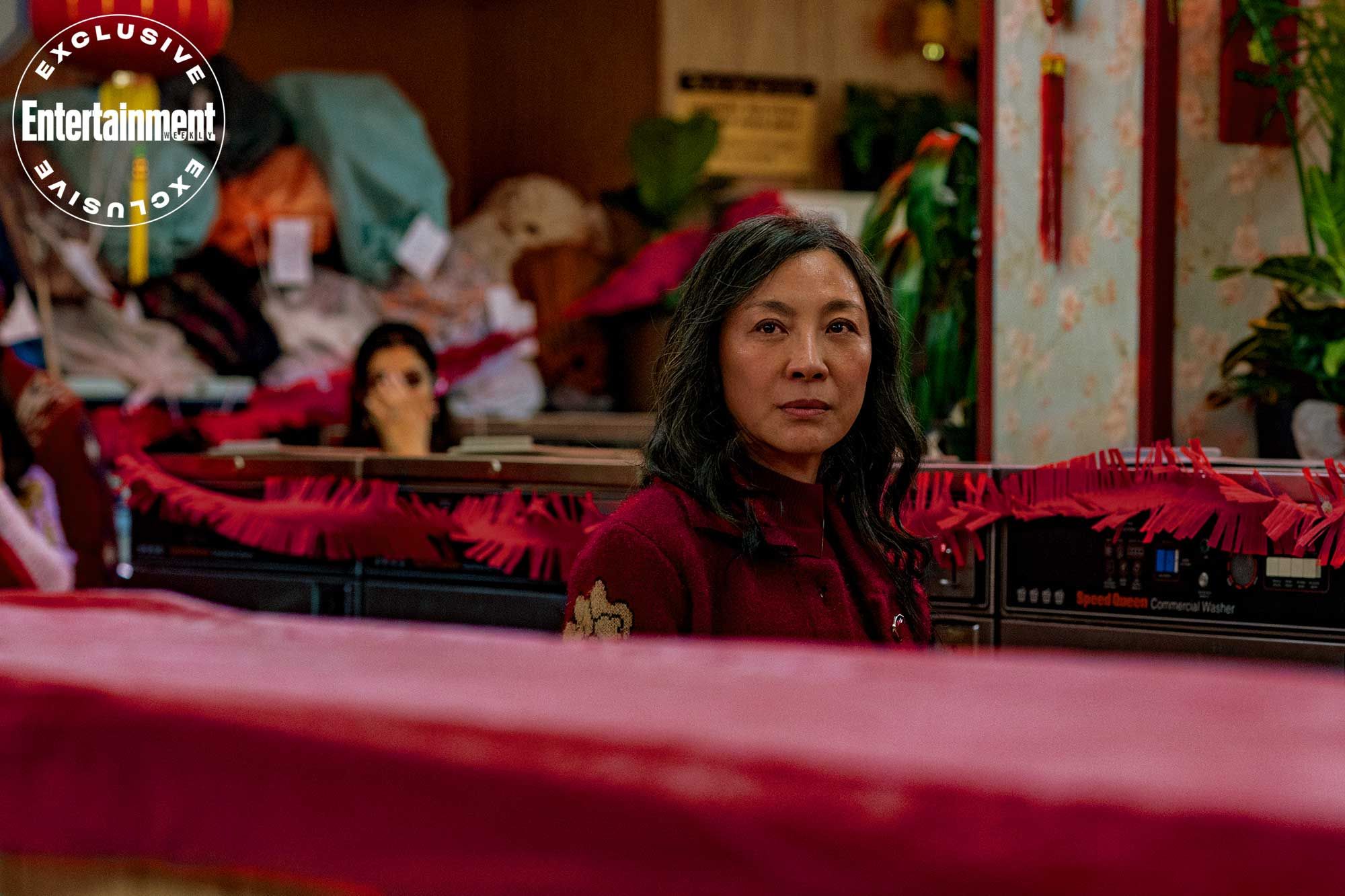 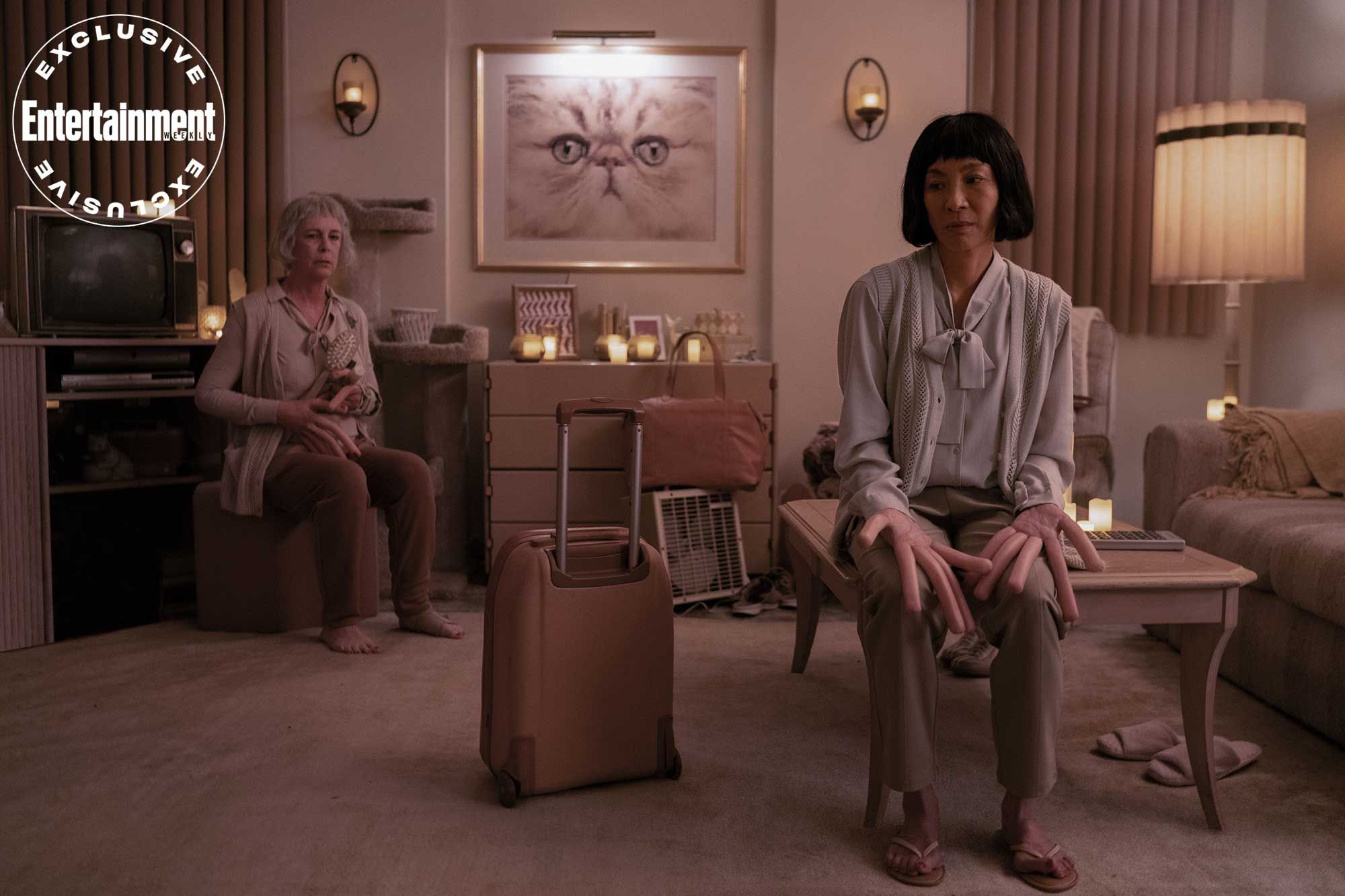 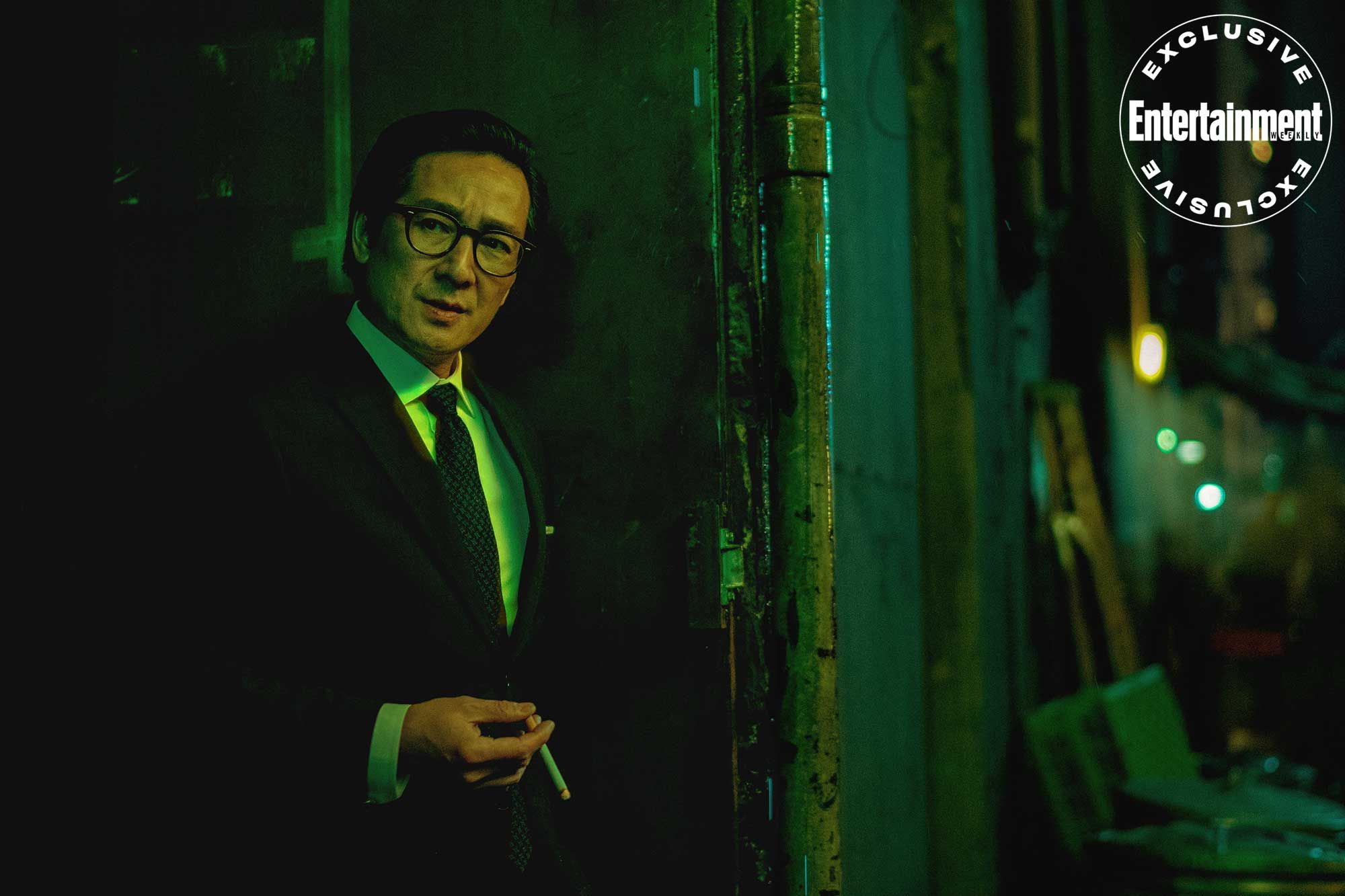 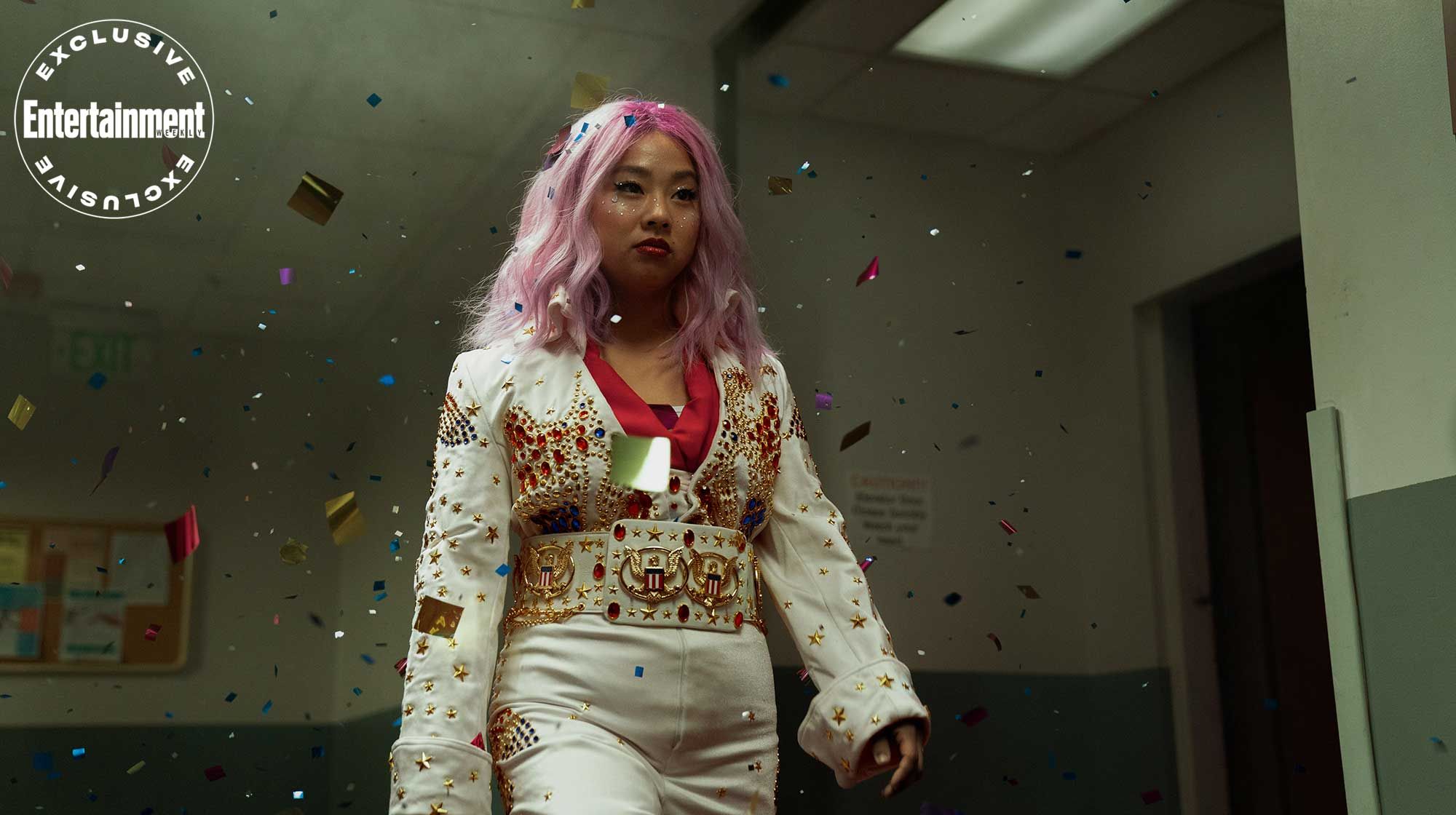 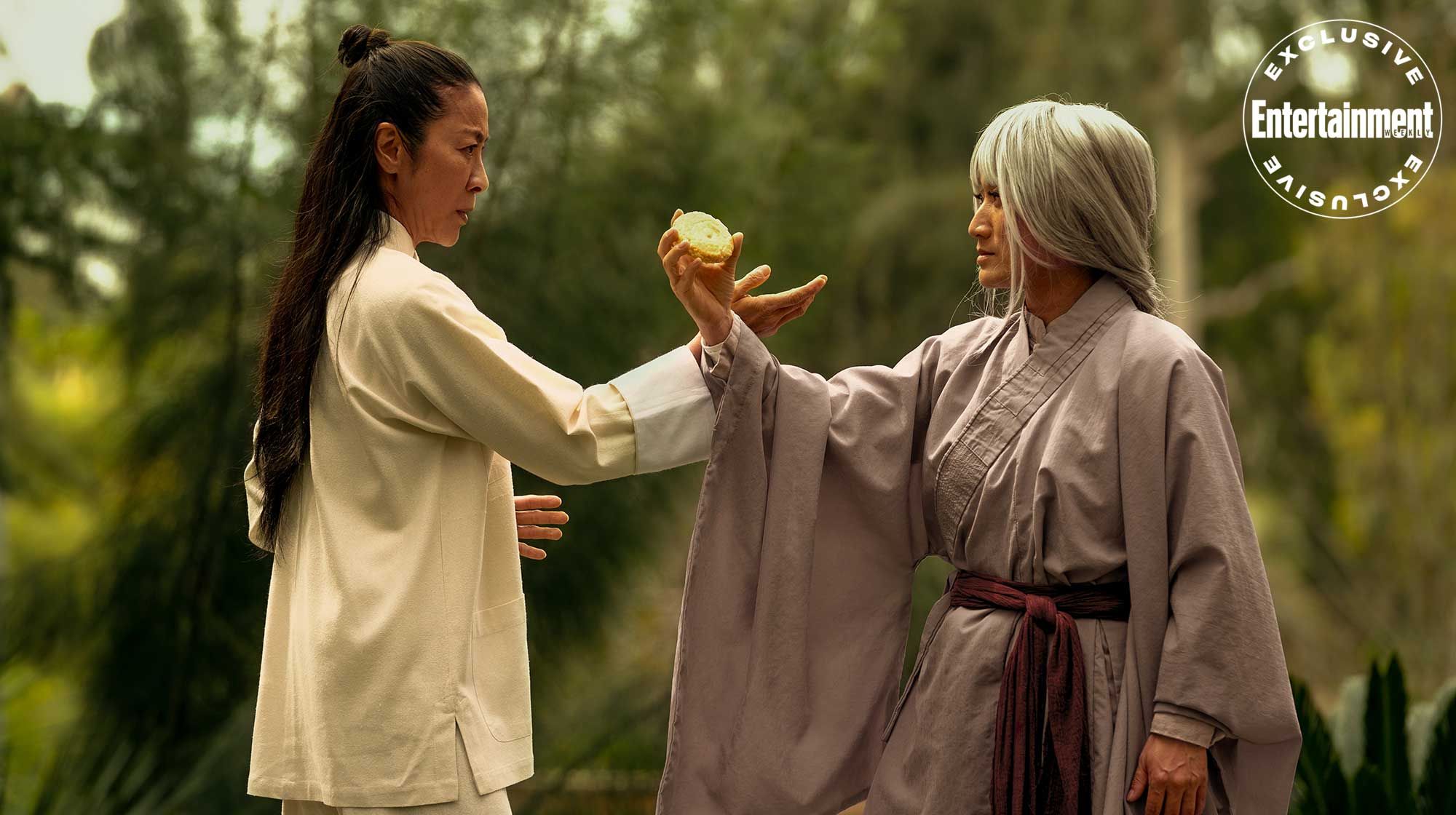