Hulu has just released new first-look images for their upcoming original film Crush, which is set to be released to the streaming service on April 29. Crush tells the story of an aspiring artist and high school student who is forced, against her will, to join her high school track team. However, the situation isn’t entirely bad, as it gives her an opportunity to pursue a girl that she has had a long-term crush on. However, things get even more complicated when she finds that she is falling for another teammate entirely. Soon she will see what real love feels like.

The film stars Rowan Blanchard as Paige and Auli’i Cravalho as AJ. The new first look images show the two leads together both on the field and off. The two are shown on the soccer field and bonding in a dark, neon-lit corner of a party, giving us a close-up look at the high school rom-com.

Also starring in the film is comedy icon Megan Mullaly, who has previously worked on beloved television series such as Parks and Recreation and as the raunchy and spoiled Karen in Will and Grace. Aasif Mandvi plays the high school team’s soccer coach. Michelle Buteau also stars alongside Isabella Ferreira, Tyler Alvarez, Teala Dunn, Rico Paris, and Addie Weyrich.

The film is directed by Sami Cohen, and serves as her full-length film directorial debut. Cohen has previously worked on the Jodie Sweetin and Beverley Mitchell-led comedy series Hollywood Darlings ,which followed the former child-stars in their adult exploits and friendship. Crush is written by Kirsten King and Casey Rackham.

The film is produced by Jeremy Garelick, Will Phelps, and Ryan Bennett for the American High production company. Actors Natasha Lyonne and Maya Rudolph also produce along with Danielle Renfrew Behrens for Animal Pictures. Andrew Miano and Britta Rowings produce for Depth of Field. Katie Newman is producing for 3 Arts. Mickey Liddell and Pete Shilaimon are producing for LD Entertainment. Chris Weitz, Paul Weitz, and Dan Balgoyen are executive producers on the film. Michael Glassman and Max Butler are also executive producers.

Crush is set to premiere on Hulu on Friday, April 29. Until then, you can check out the new first look images below: 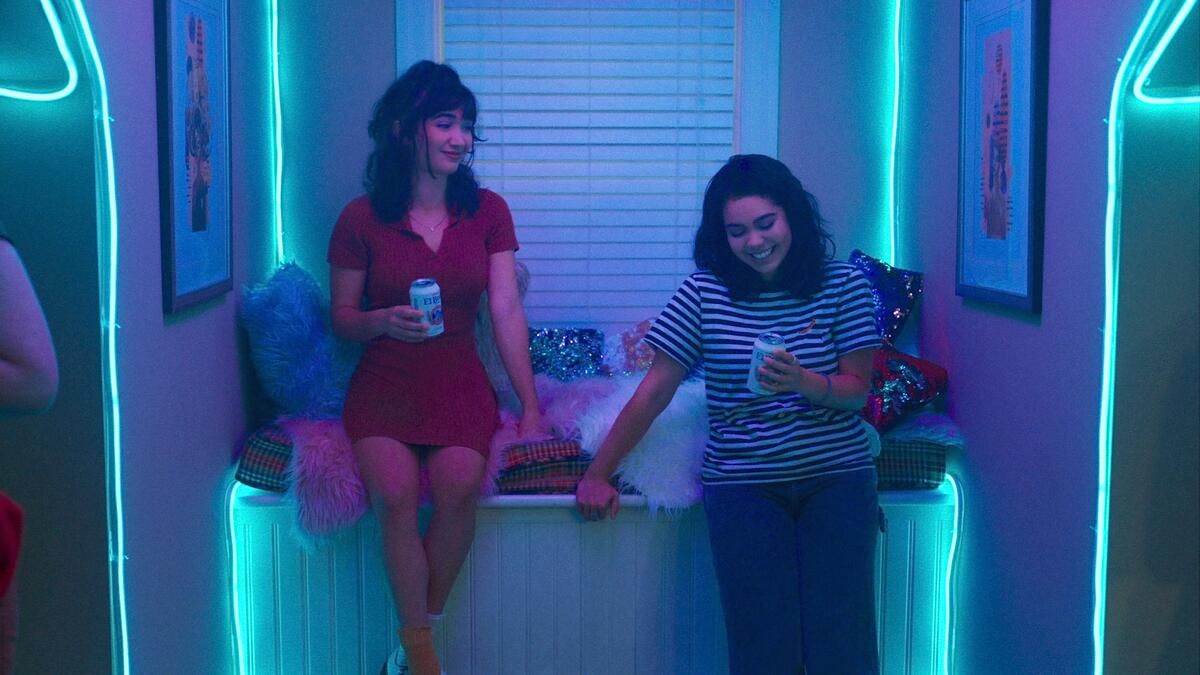