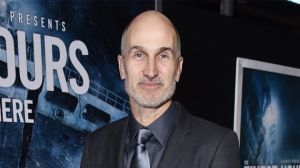 MGM has decided to take on the incredible story of GameStop‘s meteoric rise on the stock market, and the studio has tapped an impressive director to helm the project, per Deadline. Craig Gillespie (Cruella, I, Tonya) is set to oversee the film, which is based on the book The Antisocial Network by Ben Mezrich.

Many will likely recognize Mezrich as the author behind The Social Network‘s source material (The Accidental Billionaires: The Founding of Facebook, A Tale of Sex, Money, Genius, and Betrayal), which pairs incredibly well with Gillespie’s knack for directing “too crazy to believe” stories. The Antisocial Network is “about a ragtag group of amateur investors, gamers, and internet trolls who brought Wall Street to its knees by reviving the challenged brick-and-mortar video game retailer GameStop, making it the first so-called meme stock.” Lauren Schuker Blum and Rebecca Angelo, of Netflix‘s Orange Is the New Black, will write the picture.

No additional details or castings were provided, though this has been described as a priority project for MGM. Production is expected to begin either late in the summer or early in the fall. The studio has quite a few other projects slated for release later this year, including Ron Howard‘s Thirteen Lives and the highly-anticipated Creed III. Dog, MGM‘s most recent release, proved to be a surprise hit at the box office and starred Channing Tatum.

Gillespie has undoubtedly made a name for himself in recent years by adapting wild and true stories. He directed several episodes of Hulu‘s recent Pam & Tommy. I, Tonya is perhaps his most well-received film thus far, as he directed Allison Janney to an Academy Award and Margot Robbie to her first acting Academy Award nomination. Disney has also become a frequent collaborator for the director, as he has made their smaller films Million Dollar Arm with Jon Hamm and The Finest Hours with Chris Pine. Yet Cruella has proven to be his biggest film to date, earning $233.5 million worldwide. The Mouse House was quick to nail Gillespie down for a sequel, with Emma Stone returning.

As is evidenced by MGM‘s swiftness with the development, a 2023 release date for the film is more than likely. Stay tuned to Collider for updates.