Gear up for another season of tumbling through time with Russian Doll’s Nadia (Natasha Lyonne) and Alan (Charlie Barnett)! It’s been three years since the two fell down the rabbit hole, and now they’re back to explore more of their pasts when the new season hits Netflix on April 20. To further increase the excitement for the second season, Russian Doll’s home streamer has released an abundance of new images, ripe for theorizing.

A key art photo displays the show’s protagonist, Nadia riding an escalator down into the New York City subway. This season, we know that Nadia and Alan will discover a brand new time portal buried (along with what we’re sure are countless other secrets) deep inside the tunnels that connect the neighborhoods of the Big Apple together. One version of Nadia sits at the center of the image, as cool as ever, rocking the giant golden medallion that fans of Season 1 will remember to be somewhat of a family heirloom. Off to the sides of the main shot, the escalators move like an MC Escher painting, with various forms of Nadia tossing a mix of knowing and confused looks.

Several other pictures give us a look at returning and new to the series characters. The photos show us that coming back to Season 2 alongside Lyonne and Barnett we can expect to see Greta Lee, Rebecca Henderson, and Chloë Sevigny. We also get a fresh look at some new additions to the upcoming season including Schitt’s Creek alum Annie Murphy and Sharlto Copley.

While several of the photos released give us pause, there’s one in particular that really gets our gears turning. Fans of the first season will remember that Nadia and Alan both zapped back to life in front of their own bathroom mirrors. Later on, when the mirrors begin to vanish, Nadia knows that something is not quite right with their time travels. In the newly released photo, we see Nadia bewilderedly looking out a mirror, but from the wrong side. If you look carefully and are familiar with the tile pattern inside the subway (Brooklynite here!), you can see what appears to be that iconic tiling just behind Nadia’s head. This is leading us to believe there may be some mirror jumps inside the subway during Season 2.

There you have it! A quick look at the new photos surrounding the Lyonne, Amy Poehler, and Leslye Headland created series. For more info on the second season before it drops on April 20, check out the full synopsis and the rest of the images below. 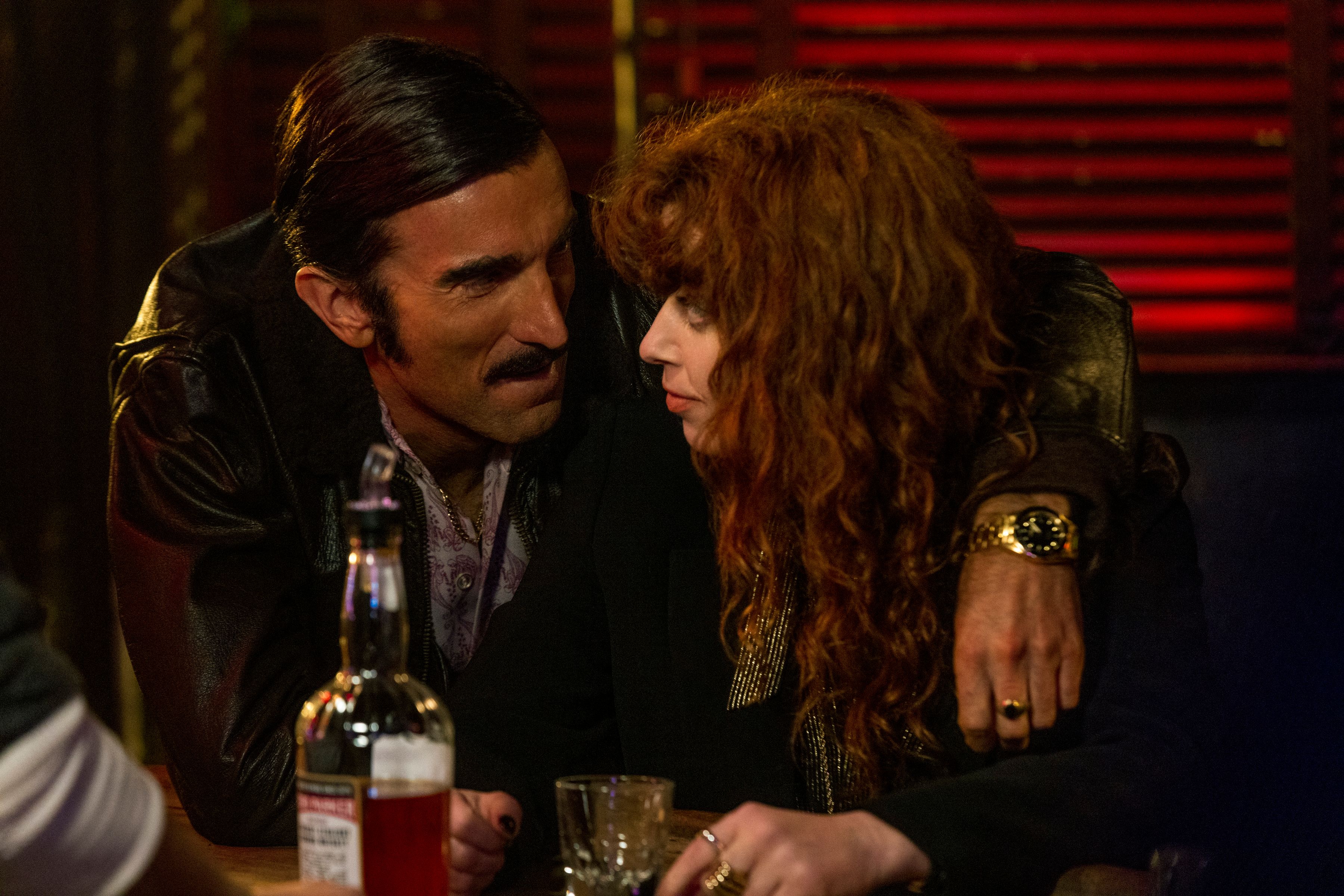 Set four years after Nadia (Natasha Lyonne) and Alan (Charlie Barnett) escaped mortality’s time loop together, season two of RUSSIAN DOLL will continue to explore existential thematics through an often humorous and sci-fi lens. Discovering a fate even worse than endless death, this season finds Nadia and Alan delving deeper into their pasts through an unexpected time portal located in one of Manhattan’s most notorious locations, the New York City subway. At first they experience this as an ever-expanding, era-spanning, intergenerational adventure, but they soon discover this extraordinary event might be more than they bargained for and, together, must search for a way out.