Apple TV+ has released the first images and premiere date for Loot, an upcoming series starring Maya Rudolph as a billionaire fighting against bad press. The ten-episode season of Loot promises to offer a new kind of workplace comedy, as it’ll focus on a rich woman learning how to work with a charity foundation for marketing reasons.

The first-look images from Loot show billionaire Molly Novak (Rudolph) living her best life, as she enjoys films in her own personal theater and takes her pet llama for a stroll. The new images also show how Molly has a close relationship with her assistant Nicholas (Kim Booster), who’s by her side while she enjoys the luxury only her money can buy. However, while Molly is a wealthy and successful woman, the series will explore how the billionaire will hit rock bottom after her husband leaves her and she gets involved with a public scandal that ends up in the tabloids. To get on the public’s good side once more, Molly will team up with Sofia Salinas (Michaela Jaé Rodriguez), the director of a charity foundation the billionaire didn’t even know she had.

Loot’s first-look images also put Sofia in the spotlight by her team’s side. The photos reveal Sofia’s pop-culture-loving cousin Howard (Ron Funches) and the accountant Arthur (Nat Faxon), who’ll become Molly’s coworkers as the billionaire learns to get her hands dirty and do some actual work, at least in front of the cameras.

Loot was created by Emmy Award-winners Alan Yang (Master of None) and Matt Hubbard (30 Rock, Forever). The series is the second collaboration between Apple TV+ and Yang after the multi-awarded anthology series Little America. Besides starring in Loot, Rudolph also executive produces the show, together with Yang, Hubbard, Dave Becky of 3 Arts, and Natasha Lyonne and Danielle Renfrew Behrens through their Animal Pictures. Loot is produced by Universal Television.

The first three episodes of Loot will hit Apple TV+ on Friday, June 24, followed by one new episode weekly, every Friday. Check out the first-look images below. 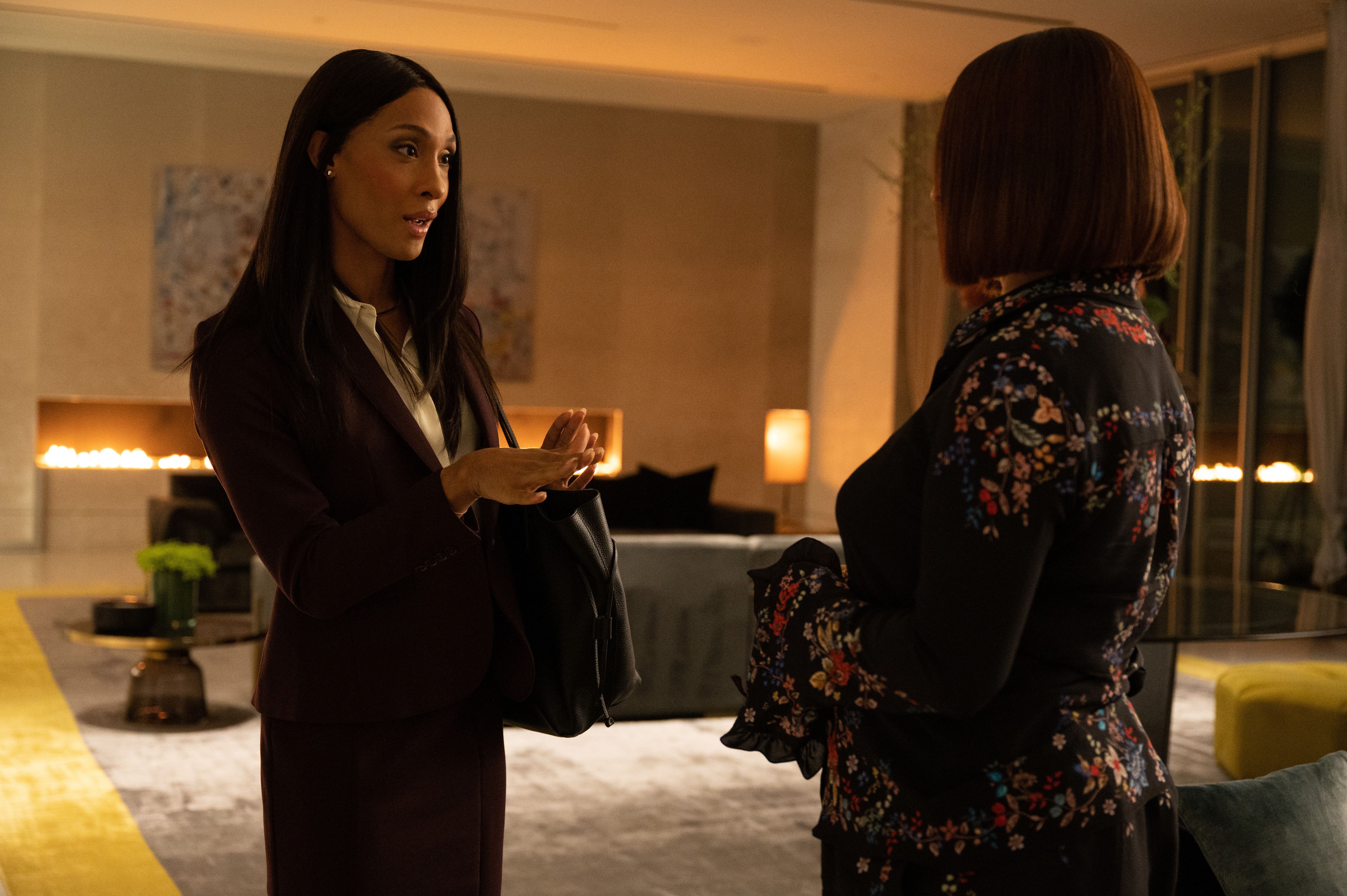 Here’s the official synopsis for Loot:

In “Loot,” billionaire Molly Novak (Rudolph) has a dream life, complete with private jets, a sprawling mansion, and a gigayacht — anything her heart desires. But when her husband of 20 years betrays her, she spirals publicly, becoming fuel for tabloid fodder. She’s reaching rock bottom when she learns, to her surprise, that she has a charity foundation run by the no-nonsense Sofia Salinas (Rodriguez), who pleads with Molly to stop generating bad press. With her devoted assistant Nicholas (Kim Booster) by her side, and with the help of Sofia and team — including mild-mannered accountant Arthur (Faxon) and her optimistic, pop-culture-loving cousin Howard (Funches) — Molly embarks on a journey of self-discovery. Giving back to others might be what she needs to get back to herself.