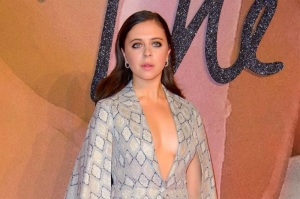 Bel Powley, Liev Schreiber, and Joe Cole will help tell the true story of the woman who helped hide Anne Frank and her family from the Nazis during World War II. Disney has announced that the three have been cast in the upcoming Disney+ limited series A Small Light.

The series will follow Miep Gies as she and her husband hide Otto Frank and his family. For two years, the couple and other everyday heroes help hide the Franks family and four others in a secret annex. Miep was later the one who found Anne’s diary and preserved it so that it could later be shared. “I don’t like being called a hero because no one should ever think you have to be special to help others,” Gies later said. “Even an ordinary secretary or a housewife or a teenager can turn on a small light in a dark room.” The series is named after Gies’ quote.

Joan Rater and Tony Phelan will be the series’ showrunners. The two previously worked on ABC‘s Grey’s Anatomy, NBC‘s Council of Dads, and Law & Order: Trial by Jury. They will also be executive producers for the series. Susanna Fogel will direct multiple episodes, including the pilot. Her previous directing work includes HBO Max‘s The Flight Attendant, 2018’s The Spy Who Dumped Me, and 2014’s Life Partners. She will also be an executive producer. The series will be produced by National Geographic, and ABC Signature in partnership with Keshet Studios. Keshet Studios‘ Peter Traugott, Keshet International‘s Alon Shtruzman, and Keshnet Media Group‘s Avi Nir will be executive producers. The limited series will consist of eight episodes.

No official release date has been announced for when A Small Light will premiere on Disney+. Filming is scheduled to begin this summer in Prague and Amsterdam.