Netflix unveiled a teaser and the first look images at the third volume of Love, Death + Robots, the critically acclaimed sci-fi animated series. The images come with a highly-anticipated release date for the third volume of the show, which comes to Netflix this May.

The teaser compares the upcoming season of Love, Death + Robots with other critically-acclaimed Netflix series, such as The Crown and The Queen’s Gambit. Of course, this is very weird since the animated anthology has little to do with historical drama. Then again, the charm of Love, Death + Robots comes from the twisted storylines different teams of artists and writers can bring to life, as each episode of the anthology feels and looks completely different from one another.

The teaser also brings flashes from the upcoming third volume, while also remembering some of the fan-favorite storylines from Volumes 1 and 2. We get selected scenes from some of the show’s best episodes, such as “Zima Blue,” “Alternate Histories,” and “The Secret War,” while also watching people discovering a giant’s body on the beach, three bad-mouthed robots arguing with each other, and mysterious characters made to look just like a painting. It’s going to be a wild volume for sure!

The first look images give us more details concerning the different storylines featured in Volume 3. First, we have a closer look at a couple of characters covered in jewels and who are apparently inspired by middle-eastern culture. Then, there’s also an astronaut in a full 2D-animated story, which will also feature an alien creature that looks like a feline with red eyes. Finally, a man seems astonished at a small arrow, which might be connected to the giant’s body in the teaser, since both frames tease a story with humans of different sizes.

Created by Tim Miller and David Fincher, Love, Death + Robots invites different teams of artists and screenwriters to produce short stories about fantastic discoveries, distant corners of the galaxy, or surreal events. Some episodes of the previous volumes were horror stories, while others were straight-out comedies. While this variation makes each volume unbalanced, with some stories stealing the spotlight, that’s also what allows fans to explore a diverse set of creative narratives.

Here’s the official synopsis for the third volume of Love, Death + Robots:

Volume 3 of Love, Death + Robots debuts on Netflix on May 20. Check out the new teaser and first look images below: 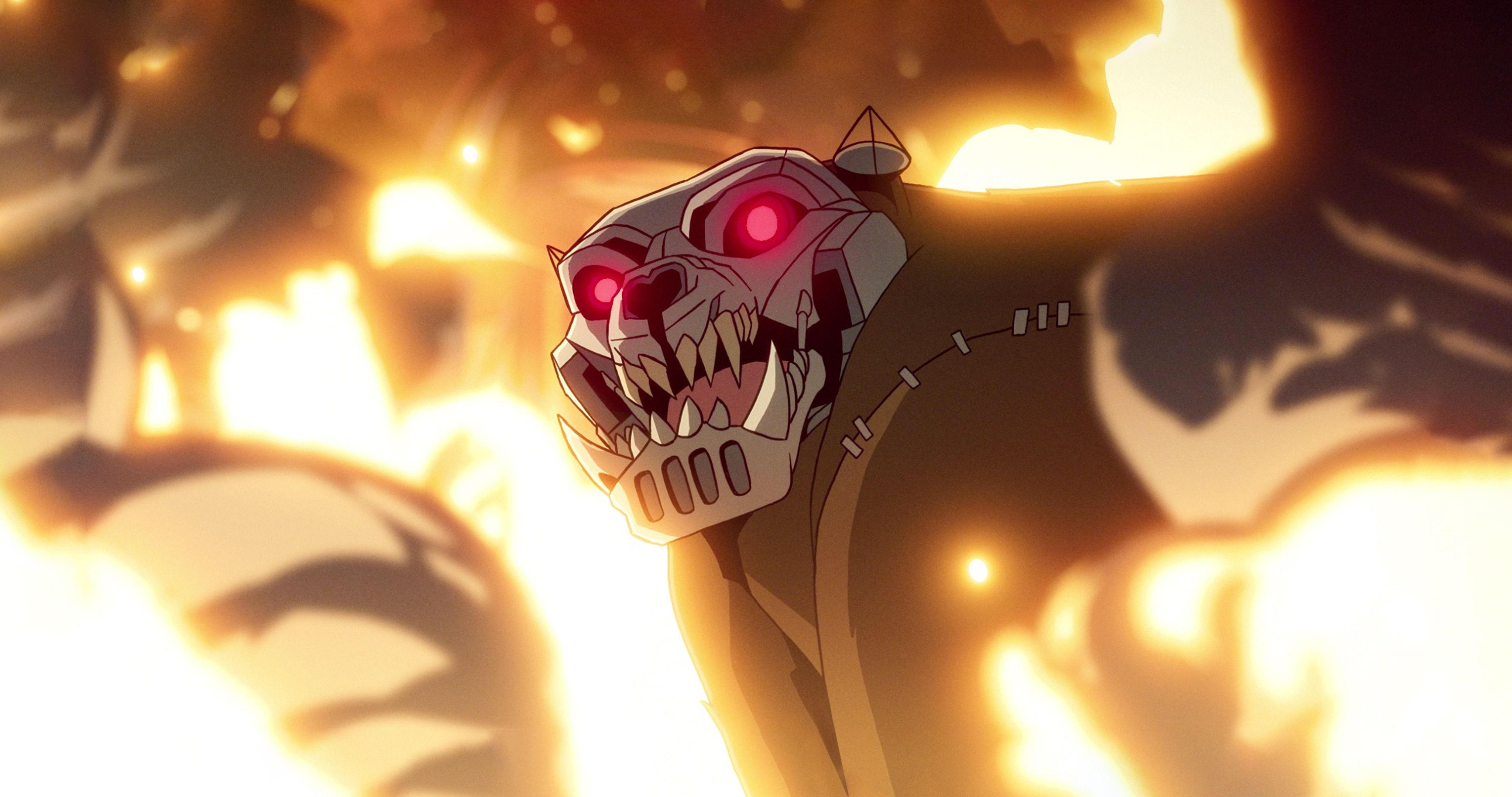