Based on Mark Greaney’s book series, The Gray Man is not your average spy thriller. Not only does it have a very compelling cast and crew, but it is also reportedly Netflix’s most expensive movie to date, with a budget of $200 million. The movie tells the story of Court Gentry (Gosling), a CIA black ops mercenary who sets off a global manhunt after uncovering incriminating information within his agency. The one to blame for putting up the bounty on Gentry’s head is Lloyd Hansen (Evans), his former colleague.

The photos show off Gosling as Gentry, sitting down in a kind of bar with a food platter in front of him and wearing a striking red blazer; Evans as Hansen, looking very antagonistic with his mustache and holding a gun in his right hand; de Armas as CIA agent Dani Miranda, wearing a white floral-pattern blazer and looking to be in the same location as Gentry; and Page as CIA official Carmichael, looking very business-like sitting in an armchair. There is another photo of Gosling which seems to correspond to a shootout.

Anthony Russo told Entertainment Weekly, “We’re big fans of the spy genre, and we’re always looking for ways of how to twist it, or supercharge it, or push it into areas that feel fresh. There was a great idea at the center of this book, where it’s not just about being a spy, but being the most extreme version of one, where you have to hide your own identity — and yourself.”

Filming for the movie started in March of last year, with editing being underway in December. The Gray Man is going to be released in some theatres for a limited time on July 15, with the Netflix premiere on July 22. Check out the new images below: 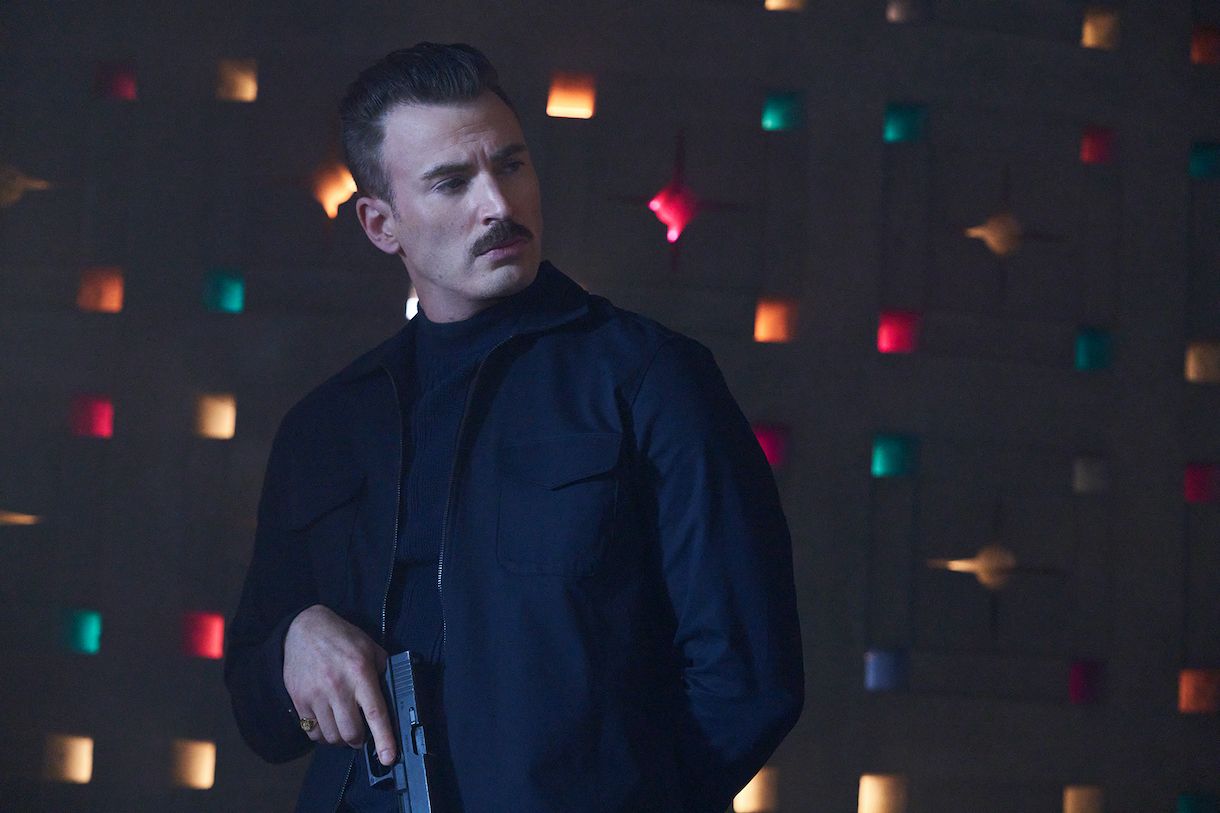