With the highly-anticipated premiere of Star Trek: Strange New Worlds right around the corner, Paramount+ has released some absolutely stunning new images of Captain Pike (Anson Mount), Number One/Una Chin-Riley (Rebecca Romijn), and Spock (Ethan Peck), as well as the rest of the crew of Pike’s Enterprise. The series serves as the second earliest installment in the Star Trek franchise, picking up with Pike and his crew following the events of the Season 2 finale of Star Trek: Discovery — prior to the events of Star Trek: The Original Series.

Along with Pike, Una, and Spock, whom we were all re-introduced to on Discovery, the Enterprise crew consists of Cadet Uhura (Celia Rose Gooding) Doctor M’Benga (Babs Olusanmokun), and Nurse Christine Chapel (Jess Bush) — all of whom initially appeared in Star Trek: The Original Series, portrayed by different actors. Strange New Worlds is also introducing a few new characters with La’an Noonien-Singh (Christina Chong) — a descendent of the infamous Trek villain Khan Noonien-Singh — and Helmsman Erica Ortegas (Melissa Navia).

The new images feature each member of the crew in various locations on the Enterprise, each of them decked out in their Starfleet uniforms. In a recent interview with Collider, Romijn spoke about the new series saying that each episode of Strange New Worlds is a little different. The series is the first of the currently-airing live-action Star Trek shows to return to an episodic format — Star Trek: Lower Decks is also episodic rather than serialized.

Star Trek: Strange New Worlds blends the old and the new seamlessly and these new images put both the legacy characters and the new crew members in the spotlight. The trailer for the series promises incredible adventures to never before seen planets and incredible adventures with the best of Starfleet. As the world of Star Trek continues to grow, may we never run out of places to boldly go.

Star Trek: Strange New Worlds premieres on Paramount+ on May 5. Check out the rest of the new images down below. 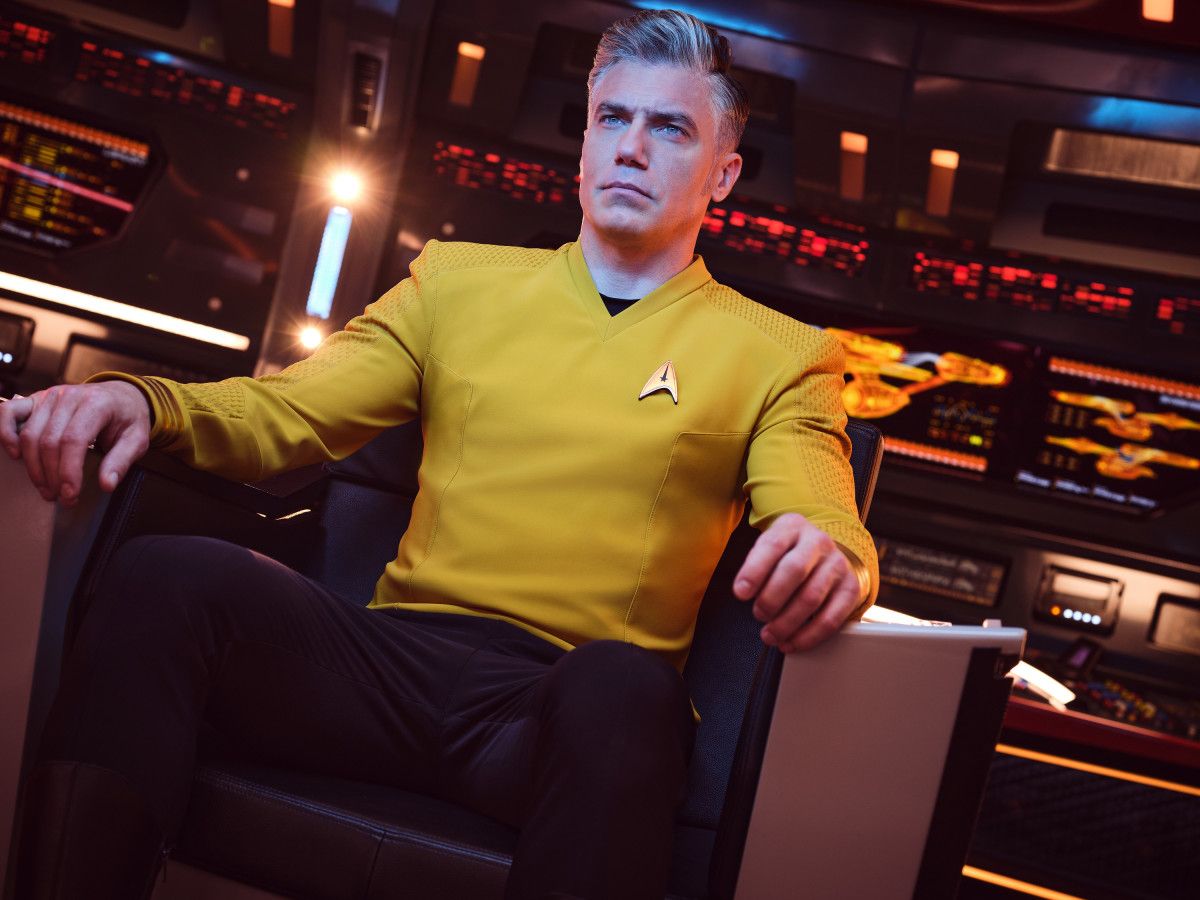