Hulu and Disney+ have just released several first look images for the third and final season of Love, Victor. Season 3 will consist of eight episodes and will focus on the title character and his friends as they navigate their post-high school futures. The show is a spin-off of the groundbreaking 2018 coming-of-age romantic comedy Love, Simon, which followed a teenager forced to come to terms with his sexuality after he risks having his biggest secret come to light. Love, Victor stars Michael Cimino, Rachel Hilson, Anthony Turpel, Bebe Wood, Mason Gooding, George Sear, Isabella Ferreira, Mateo Fernandez, Anthony Keyvan, Ava Capri, James Martinez and Ana Ortiz.

This first look at Love, Victor Season 3 consists of four photos showcasing the show’s vibrant characters back in action. The first photo depicts the title character standing all by his lonesome right by a Ferris wheel at an amusement park, which is an iconic staple in this franchise. Another photo shows Victor walking with Benji at night, who does not look very thrilled. A third photo showcases Victor and a large group of pals engaging in what seems to be an interesting yet humorous discussion. The last photo depicts a character all dressed up in a white suit anxiously looking out a window.

Love, Victor is created by Isaac Aptaker and Elizabeth Berger. The first season of the show followed the title character as he started to communicate with the openly gay Simon Spier in order to get advice on how to come out. In the second season, Victor thanked Simon for all his help after coming out but then told him he decided he has come a long way and does not need Simon anymore. It is unclear if Nick Robinson, who reprised his role from Love, Simon briefly in the first two seasons of Love, Victor, will appear for the third and final installment.

Love, Victor Season 3 will premiere on Hulu and Disney+ on June 15. Check out the rest of the first look images down below: 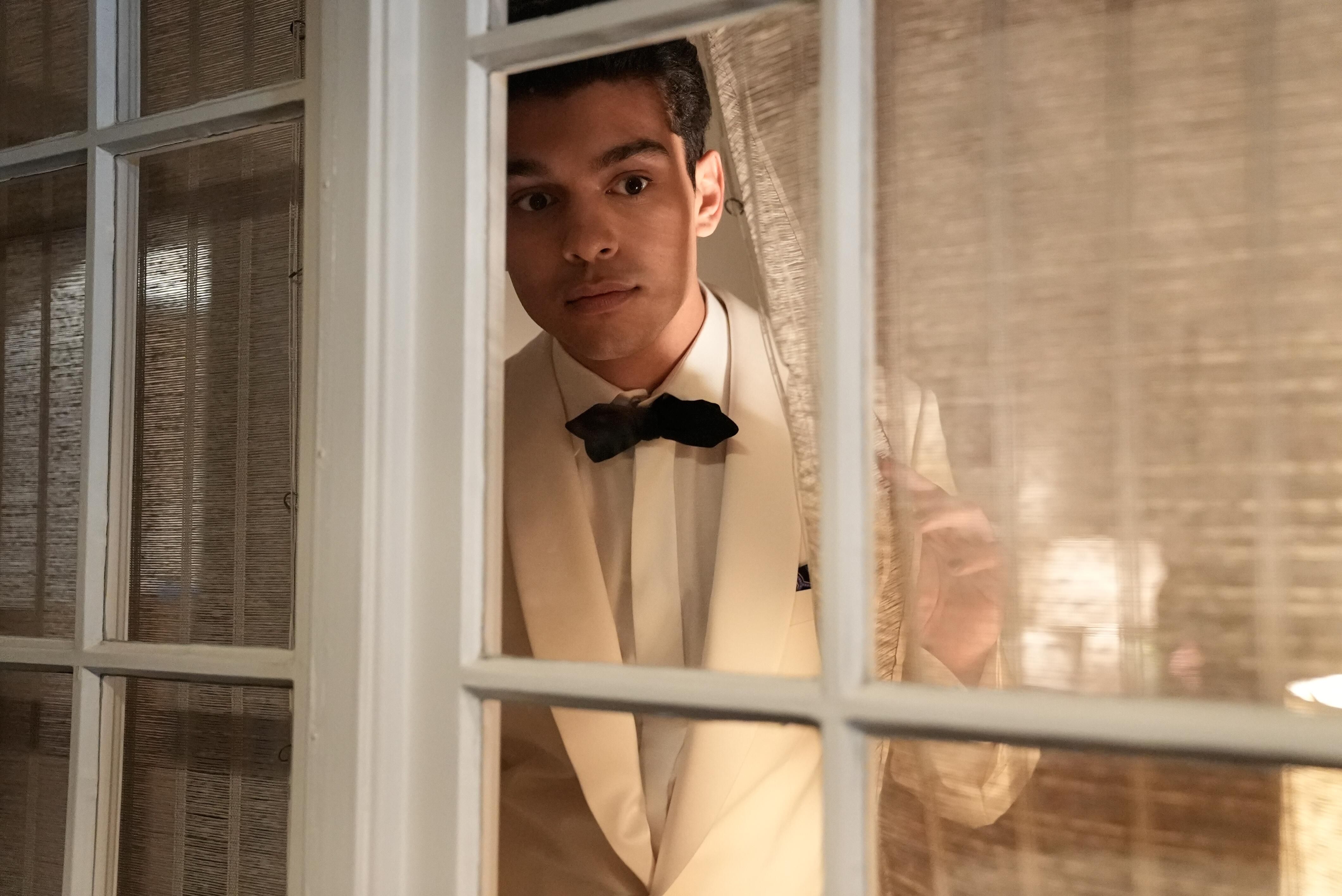 “This season finds Victor going on a journey of self-discovery – not only deciding who he wants to be with, but more broadly, who he wants to be. With their post-high-school plans looming, Victor and his friends are faced with a new set of problems that they must work through to make the best choices for their futures.”