Our hearts are about to burst! First look photos for Netflix’s upcoming female led-queer-vampire series, First Kill are here. Sharing a few of the images on Twitter, the streaming service is giving us just a taste of what’s to come when a teenage vampire, Juliette (Sarah Catherine Hook) sets her sights on the town’s new girl, Calliope (Imani Lewis). Planning to suck her target dry in order to fit in with her family of vampires, things get flipped upside down for Juliette when she learns Calliope is a vampire slayer from a family of revered hunters. To make matters worse, the more Juliette and Calliope dance their vampire vs. slayer dance, the more the romantic tension between the two builds, causing both to question their standings in the supernatural world.

The first photo shows a vampire (who we’re presuming to be played by Gracie Dzienny) with her jaws wide open, about to take a bite out of an unknown victim. Dzienny has been cast as Elinor Fairmont, Juliette’s sister, who looks to be more into the life of the undead than her younger sibling. The next shot reveals a worried-looking Juliette and Calliope cuddled up in bed. Perhaps the two are realizing the star-crossed-ness of their recent attraction or they haven’t even gotten to the gritty details yet. One thing’s for sure — First Kill is going to be chocked full of facial expressions like this from its leading ladies.

Next, we get a look at Juliette’s family, the Fairmonts. With cookie-cutter-family-from-the-burbs vibes, the Fairmonts are anything but. Sitting at the kitchen table, we see father, Sebastian (Will Swenson), and mother, Margot (Elizabeth Mitchell) with their children, Juliette and Elinor in the background. Finally, the last image is another shot of our two main characters, Calliope and Juliette. Looking worried all over again, Calliope holds her hand up to her mouth while Juliette raises her hand to cup the side of her own head.

Filling out the starring roles on the series are Aubin Wise, Dominic Goodman, Phillip Mullings Jr., and Jason R. Moore with a recurring cast of Jonas Dylan Allen, Dylan McNamara, and MK xyz. First Kill pulls its plot from Victoria “V.E.” Schwab’s short story and is being showrun by Felicia D. Henderson. Henderson and Schwab worked together to co-write the series and both serve as executive producers. American Horror Story star Emma Roberts also joins as an executive producer alongside Karah Preiss under their Belletrist Productions banner.

With some incredible first images, First Kill is shaping up to be our newest vampiric obsession. Check out the rest of the pics below and stay tuned for more information surrounding the June 10 release of Netflix’s newest series. 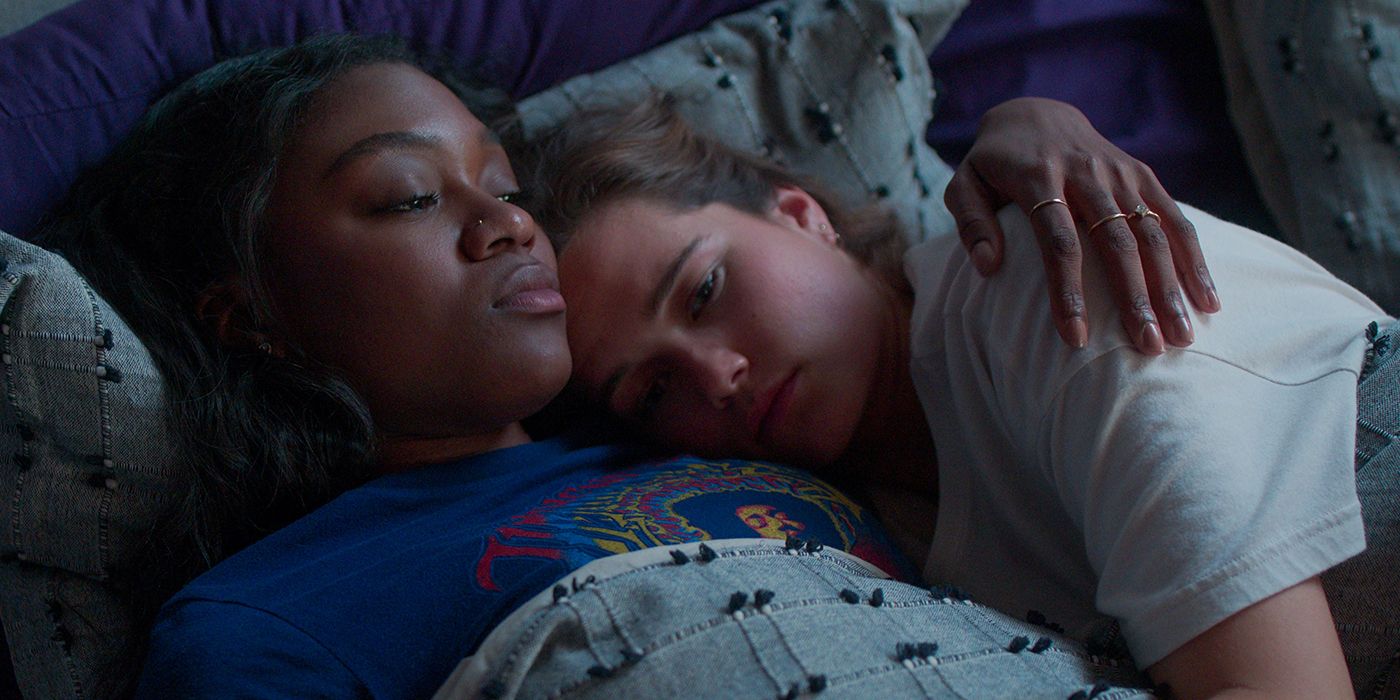