It’s been a few months since we’ve heard any rumblings about Prime Video’s The Terminal List. Back in March, we received a short teaser that was preceded by a first-look image in February. While both were packed with action, a new batch of images released today are helping us fill out the story of one man’s entanglements with his duty to the country he loves.

Premiering on Amazon’s streamer with the full season to drop on July 1, The Terminal List, which is based on the best-selling novel by Jack Carr, stars Chris Pratt as James Reece, the leader of a group of Navy SEALs. While on an undercover, top secret mission, Reece and his platoon are surprised by the enemy who surround and attack them. Luckily, Reece lives to tell the tale and returns home to his loving partner, hoping to have put the harrowing assignment in his past. Unfortunately, as memories begin to bubble to the surface, Reece is faced with a daunting wall of questions. Not only can he no longer trust his own thoughts, but his wheels begin to turn on the sinister background of the mission itself, revealing layer upon layer of coverups, putting Reece and those closest to him in the cross-hairs.

Like the previously released image and teaser, we’re getting several looks of Pratt’s Reece in the new roll-out of photos. The first image sees the uniformed Navy SEAL stand proudly in front of an American flag blowing in the wind. The stoic look on his face leads us to believe the event taking place is rooted in sadness – perhaps a funeral or another mournful occasion. The softer side of Reece’s life gets its own still in which the show’s main character can be seen sharing a loving embrace with his wife, Lauren, who’s played by Riley Keough.

Another image depicts Reece receiving a brain scan. As he sits in a doctor’s office, brain charts can be seen surrounding the military man, further adding to the mystery of his own memories. We also get a look at Reece and his relationship with his best friend, Ben, played by Taylor Kitsch, as the two relax on a boat. Ben also gets his own closeup gazing solemnly off into the distance as the sun begins to set.

Meanwhile, another shot reveals Constance Wu’s truth seeking journalist, Katie Buranek, pouring over papers in a very serious fashion. The news correspondent will lend her research and dirt digging abilities to Reece as he separates the truths from the lies. Featuring a leading cast of Jeanne Tripplehorn, Jai Courtney, JD Pardo, Christina Vidal, and LaMonica Garrett, the rest of the photos cover stand-offs, close-ups, and a ripped James Reece with his gun drawn.

Check out photos for the military thriller below, and begin to put the pieces together alongside Navy SEAL, James Reece, when The Terminal List lands on Prime Video July 1. 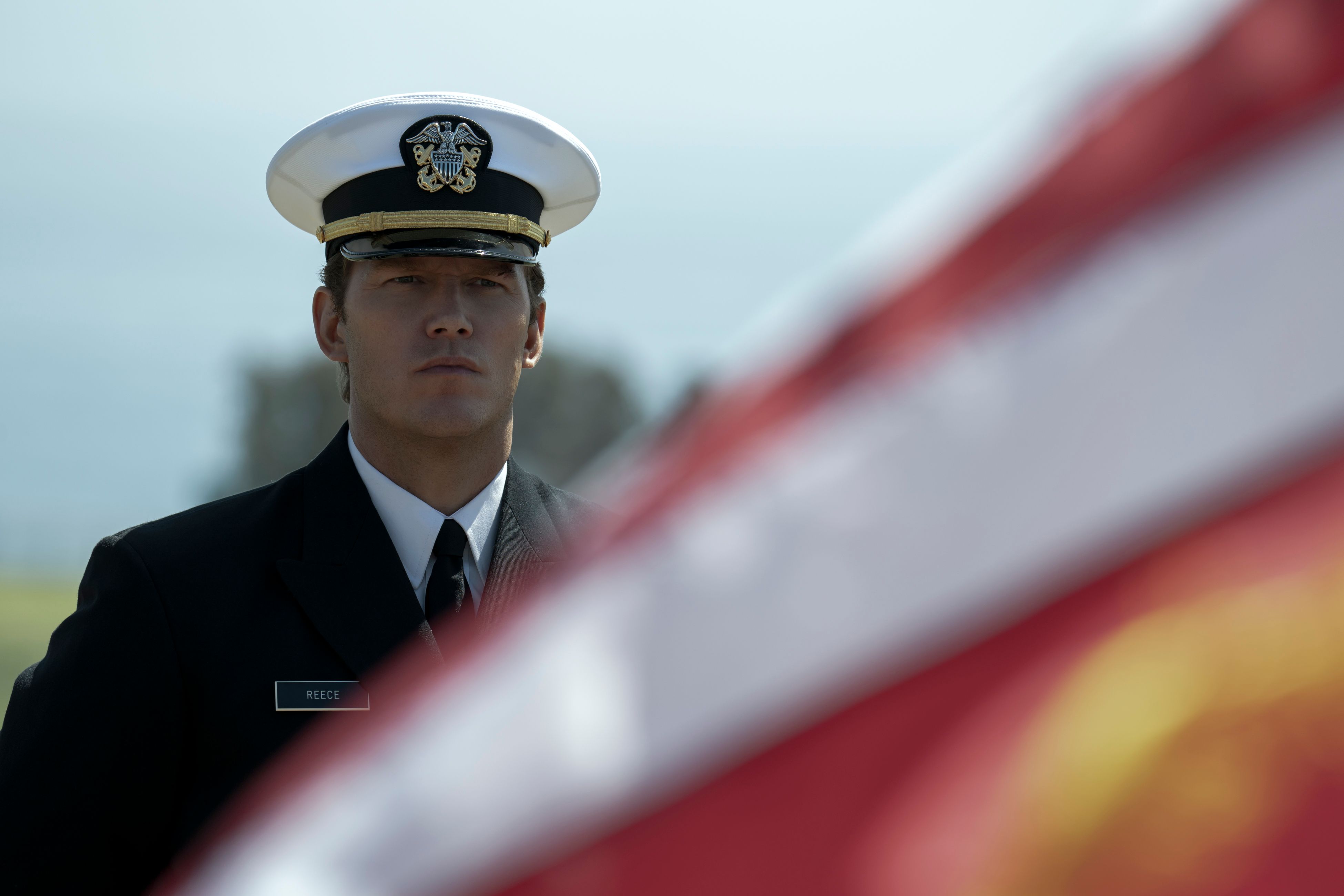