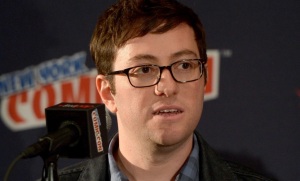 Peacock has just ordered a new mystery series with filmmaker and director Jason Woliner set to lead the charge. In-depth details for the untitled project are being kept under wraps, but is said to be a “groundbreaking project that mixes fact and fiction to tell a bizarre and incredible tale.” The series will be produced by Caviar, Seth Rogen, and Evan Goldberg through their deal with Lionsgate.

Woliner is an incredible talent in film and television, and according to reports, has been shooting this particular project for over a decade. He recently won the Golden Globe for Best Picture for the 2020 hit comedy film, Borat Subsequent Moviefilm, and was show-runner and director for all three seasons of Adult Swim‘s action-comedy Eagleheart, which was well received by fans and called “brilliantly strange” by the New York Times. He has also directed episodes of the 2015 hit comedy series of What We Do In The Shadows, the hit Hulu comedy series The Last Man On Earth, 2013’s Nathan For You, 2007’s Human Giant, and much more.

Lionsgate Television EVP & Head of Scripted Development Scott Herbst said the series will be unlike anything fans have ever seen in terms of its wild nature, stating:

“This is one of the most bizarre, out-of-the-box shows I’ve ever worked on, and I can’t believe we’re even getting to make it…This show is unlike anything else you’ll see this year.”

Lisa Katz, president of scripted content, NBCUniversal Television, and Streaming, also added to the high praise for the project:

“We know Peacock audiences will be hooked by this unpredictable mystery that examines a complex man on a remarkable journey.”, “We can’t wait to dive in with renowned filmmaker Jason Woliner, Seth Rogen, Evan Goldberg and our partners at Lionsgate for this truly unique series that begins with betrayal and quickly becomes an epic, hilarious, action-packed journey.”

Rogen and Goldberg, who both worked as executive producers for the hit Netflix comedy The Disaster Artist, will also executive produce for the untitled project alongside James Weaver and Loreli Alanis from Point Grey Pictures, Megan Ellison from Annapurna Pictures, and Michael Sagol and Bert Hamelinck from Caviar.

The untitled mystery series is still without plot details, casting information, or a release date, however, fans can expect an intense and wild experience upon it’s released. Keep up with Collider for future information.