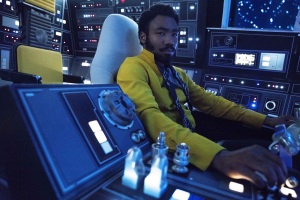 Lucasfilm president Kathleen Kennedy commented on Solo’s lukewarm reception by fans, revealing the studio intends to keep recasts outside the Star Wars universe. Talking to Vanity Fair about the franchise’s future, Kennedy underlined how Solo’s failure and The Mandalorian’s success indicate Star Wars’ longevity rests on the shoulders of a new cast of characters.

In 2018, Solo was released as a prequel to the original trilogy focused on Han Solo, the legendary outlaw made famous by Harrison Ford. For the prequel, Lucasfilm decided to recast the character, choosing Alden Ehrenreich to take on the role of Han Solo. While Ehrenreich does a decent job bringing a young Solo to life, the recast was poorly received by fans, one of the reasons why Solo has the lowest box office income for any film in the franchise.

To Kennedy, Solo’s release was a learning experience. As she explains it, “there should be moments along the way when you learn things. Now it does seem so abundantly clear that we can’t do that.” That leaves the question of how to deal with legacy characters, considering that the Star Wars franchise is already 45 years old, and the original cast is not getting any younger. Sure, TV shows such as The Mandalorian and The Book of Boba Fett brought Mark Hamill back as a young Luke Skywalker, and The Rise of Skywalker had a fully digital version of the late Carrie Fisher as General Leia Organa. However, even these technologies have their limits, and the franchise cannot depend on digital models.

If Star Wars wants to remain relevant, it must bring on board new cast members and new characters. That’s why the franchise keeps expanding its slate of TV shows on Disney+. The Mandalorian opened new doors by proving a Star Wars series can be successful without legacy characters. While Luke Skywalker shows up for Season 2 of The Mandalorian, the series is focused on Din Djarin (Pedro Pascal) and Grogu, offering longtime fans pieces of lore they could only find in obscure comics books and novels.

The success of The Mandalorian led to the spinoff of The Book of Boba Fett, a Rosario Dawson-led Ahsoka Tano series, and the Rogue One prequel series Andor. There’s also a new series in development that’ll take the live-action franchise beyond the comfortable timeline of the Skywalker Saga. Set 100 years before The Phantom Menace, The Acolyte will explore the era of apparent peace that preceded the Clone Wars and the Empire’s ascension.

The next Star Wars show to hit Disney+ is Obi-Wan Kenobi, starring Ewan McGregor as the Jedi Master and Hayden Christensen as the Sith Lord Darth Vader. Obi-Wan Kenobi premieres with two episodes on May 27, exclusively on Disney+.