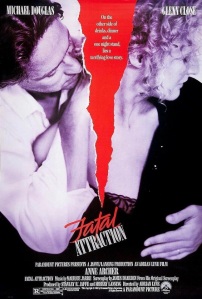 Last year it was announced that Paramount+ was in development on a television series adaptation of the 1987 thriller Fatal Attraction. Then the casting of Lizzy Caplan and Joshua Jackson was announced. Now, Deadline is reporting that the series has found a director in Silver Tree, she will also serve as an executive producer on the series.

Tree, in recent years, has become an in-demand television director. She has directed several episodes of hit shows like Shameless, You, and The Flight Attendant. Tree’s other directing credits include episodes of Suits, Dead to Me, Atypical, and Girlfriends’ Guide to Divorce. Her previous producing credits are Shameless, You, The Flight Attendant, and Suits.

The original 1987 film followed a married man, who after an affair, becomes the subject of obsession by the woman he cheated with. The film starred Michael Douglas, Glenn Close, and Anne Archer. It would go on to be a huge box office and critical success, with six Academy Award nominations including Best Actress for Close.

This new series will not be the first attempt to adapt the film to a new medium. A stage production of the film premiered in London’s West End in 2014. Additionally, in 2015 a different television adaptation of the film was announced to be coming from a pair of Mad Men writers but has since been canceled.

This new series is said to be a modern take on the 80s film and will explore themes of “marriage and infidelity through the lens of modern attitudes toward strong women, personality disorders and coercive control.” Caplan will be playing the role originated by Close with Jackson in the role played by Douglas. Caplan is known for her roles in films like Mean Girls and Cloverfield and shows like Castle Rock and Masters of Sex. Jackson is known for starring in shows like The Affair, Fringe, and Dawson’s Creek.

The series has been written by Alexandra Cunningham, based on the original film written by James Dearden, from a story that she wrote with Kevin J. Hynes. Cunningham is known for writing on series like NYPD Blue, Desperate Housewives, and Prime Suspect. She also created the Hulu series Chance and the USA series Dirty John. Hynes’ previous writing credits include Dirty John, Scorpion, and Perry Mason.

Cunningham will be serving on the series as the showrunner and executive producer alongside Hynes and Tree. Amblin Television presidents Darryl Frank and Justin Falvey will also be credited as executive producers.

There is currently no release date for Fatal Attraction.