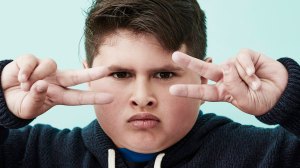 The cast of the upcoming coming of age film One Winter directed by Paul Middleditch and Hamish Bennett has been announced. Julian Dennison (Godzilla vs. Kong, Deadpool 2, Hunt for the Wilderpeople) is set to star in the lead role alongside Minnie Driver (Cinderella, Speechless), James Rolleston (The Dark Horse, Boy), and Erana James (The Wilds, The Changeover). One Winter is set in 1981 New Zealand, when a South African rugby team arrival sets off protests across the nation against apartheid and racism. The story follows Josh Waaka (Dennison), a 17-year-old of mixed race who is forced step out of his life as a bystander and must stand up for not just himself, but for his whānau/family.

“One Winter has everything I look for in a story — great characters, humor, poignancy, and ultimately, hope,” said Bennett. “It is at once intimately personal and universal, and we strongly believe that audiences will form a connection to the film that transcends culture, country, and era. I feel privileged to be a part of the project.” One Winter is based on a story by Keith Aberdein, Sonia Whiteman, and Middleditch, with Bennett and Whiteman adapting the screenplay.

Middleditch also provided a statement, saying that the film is the most import projects of his career.

“Though set during a tumultuous time in 1981 New Zealand, its themes couldn’t be more relevant in the current world climate. I am really excited to draw on my many years of experience and collaborate with Hamish on this ambitious project, telling this important story with humor, empathy, and hope.”

The film is set to start principal photography in New Zealand this summer and will have Blue Fox Entertainment launch international sales for the film in Cannes. Said Blue Fox’s Lisa Gutberlet, “We fell in love immediately with this powerful heartwarming story and are thrilled to be working with this great creative team, led by talented directors Hamish and Paul. We know that Julian, Minnie, and James will shine in these roles, and bring to life One Winter’s compelling and timely themes of tolerance and acceptance.”

Troy Lum serves as executive producer on the film with Emma Slade of Firefly Films, Sandra Kailahi of Kingston Productions, Angela Cudd of Caravan Carpark Films, Angela Sullivan, and Alberto Marzan serving as producers. Slade, Cudd, and Kailahi provided a joint statement, saying, “We are thrilled to bring this great team together to make such a compelling, authentic, feel-good drama/comedy with strong themes of family, acceptance, justice, and defiance.”

One Winter does not yet have a release date; Blue Fox Entertainment launching international sales for the film at Cannes.