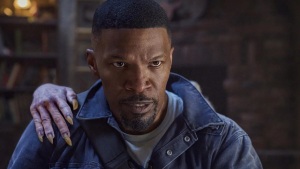 Our newest star-studded, fictitious cult film is on the way. Deadline reports that out-of-nowhere action flick Tin Soldier has just announced an incredible lineup of Hollywood stars, which will include the likes of Jamie Foxx, Robert De Niro, Scott Eastwood, and John Leguizamo. That’s right, somehow we’ve never heard about this approaching feature, even though these top tier actors were in talks to join – well played Hollywood, well played. On top of the impressive call sheet, Tin Soldier is set to be directed by thriller aficionado Brad Furman, who was the eye behind the 2011 hit crime drama, The Lincoln Lawyer. He also penned the script and will co-direct alongside his long-time collaborator, Jess Fuerst. Furman’s latest project will see the multi-hyphenated creative reunite with Leguizamo, as the two previously teamed up to work on 2016’s The Infiltrator.

Tin Soldier will take audiences on a journey of a culty religion based around The Bokushi (Foxx). Pandering to those who are searching for a path in life as well as the safety and security that come with it, The Bokushi brings in crowds of veterans in droves. Due to his massive following of well-trained ex-service members, the spiritual leader has become a force to be reckoned with. Between having a colossal amount of deadly trained hands surrounding him and a wide array of weapons at his disposal, The Bokushi has understandably raised some eyebrows and received concerned looks from world leaders. Although he’s given it his best shot several times, undercover government operative Emmanuel Ashburn (De Niro), has never been able to break down the walls of The Bokushi’s stronghold. Now, they’re calling in the big guns. Ex-special forces asset, Nash Cavanaugh (Eastwood), is the best of the best and knows The Bokushi like none other because he was once a devout follower. Signing on to help the government with their mission, Nash will begin a vengeful journey to bring down the man who took his happiness away from him.

Filming is set to begin next week in Greece, which means we can expect to see some incredible backdrops and locales used in the film. This is something Furman alluded to in a statement released alongside the feature’s announcement, mentioning his excitement not only of working with some of Hollywood’s most iconic performers but also building the film “with awe-inspiring settings and set pieces built for the big screen.” Furman and Fuerst are set to produce for their Road Less Traveled Productions with the rest of the production team made up of Keith Kjarval for Unified Pictures, Steven Chasman for Current Entertainment, and Brad Feinstein for Romulus Entertainment. Walter Josten of Blue Rider will executive produce.

With so much bang for its buck, whoever snatches up the rights to Tin Soldier is going to have a blockbuster hit on their hands. While there’s no further information at this time, including a release date, we at Collider will keep you posted as updates roll in.