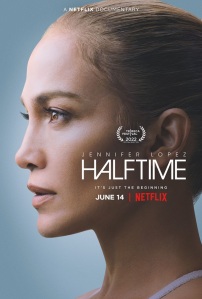 In what feels like something that should have happened years ago, Jennifer Lopez is getting a Netflix documentary centered around her life and the blood, sweat, and tears leading up to her performance at the 2020 Super Bowl halftime show. Aptly named Halftime, the feature also plans to dive into what Lopez is seeing as the second half of her performance career. In a trailer released today, we’re catching our first vibes of the legendary performer and what life has been like for her over the years. Through it all, she’s remained unapologetically herself, something that comes through even in the short preview.

The trailer reveals the work the multi-hyphenated Lopez has gone through over the years to make her dreams come true. Not only will the movie touch on the woman and entertainer she is today, but it will also dig into her past of being bullied by the news circuit about her relationship status, weight, and body. Like many women, including Britney Spears and Janet Jackson, who have received their proper apologies from the harmful environments of the public eye, Halftime will give Lopez a chance to share her frustrations and anger at a world that is focused on all the wrong things.

While many know Lopez aka J-Lo from her music career, it was actually her role as the beloved pop superstar that was gone too soon, Selena Quintanilla, in Selena that drove her to stardom. A talent for acting with an incredible voice to match, it wasn’t long before Lopez made a name for herself in the entertainment biz. Since those early days of launching her first album, On the 6, and her tabloid fodder relationship with Ben Affleck, things have transformed for Lopez who is now a globally recognized name for her work as a singer, producer, and Golden Globe-nominated actress. Things have also come full circle for her as she’s back with her ex, Affleck, which we absolutely love.

With all the excitement surrounding her ongoing career, Lopez is about to add another credit to her name as Halftime will be making its world premiere at the Tribeca Film Festival on June 8. Fans eager to see the full story surrounding the pop megastar will be able to tune into Netflix beginning June 14 to catch a glimpse at J-Lo in her element. Check out the trailer for Halftime below and keep scrolling for the documentary’s synopsis.

“HALFTIME” offers an intimate peek behind the curtain revealing the grit and determination that makes Jennifer Lopez the icon she is, from her performances onscreen and on stages around the world, to her Super Bowl Halftime show, to the recent Presidential inauguration. The documentary focuses on an international superstar who has inspired people for decades with her perseverance, creative brilliance and cultural contributions. And it’s only the beginning. “HALFTIME” serves as the kickoff to the second half of Lopez’s life, as she lays bare her evolution as a Latina, a mother, and an artist, taking agency in her career and using her voice for a greater purpose.