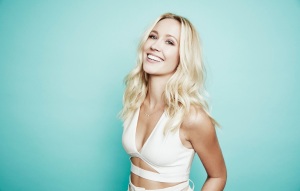 Blue Fox Entertainment recently announced that they have acquired the rights to Unexpected, an offbeat comedy starring Anna Camp, Joseph Mazzello, Neil Flynn, and Ryann Shane. The company, which will distribute the film in North America, launched worldwide sales at the Cannes Film Festival.

The film, which is currently still in post-production, will follow Bob, a music critic, whose life is in shambles. Bob is facing a demotion, struggling with an addiction, and trying to manage the menagerie of animals his wife, Amy, has accumulated. At a crossroads of existential crisis, the couple has to decide if adopting a baby will save the relationship? Or maybe rescuing another duck will do the trick?

The film’s cast members are no strangers to the comedy genre; for instance, Camp, who will be playing one of the film’s leads is best known for her roles in Pitch Perfect, and The Lovebirds. Camp will be appearing opposite Mazzello who is known for appearing in Bohemian Rhapsody, and The Social Network. Flynn is best known for his roles in The Middle and Scrubs while Shane notably appeared in Banshee.

Unexpected is directed by David Hunt and was written by Rodney Vaccaro. Hunt also produced the film alongside Patricia Heaton, an actress and producer best known for her leading roles in Everybody Loves Raymond and The Middle opposite Flynn. Heaton and Hunt produced the film under their FourBoys Entertainment banner. FourBoys Entertainment also notably produced the 2014 film Moms’ Night Out which starred Heaton alongside Sarah Drew, Trace Adkins, Sean Astin, and Andrea Logan White.

Unexpected was not the only film on Blue Fox Entertainment’s slate at the Cannes Film Festival. The company’s sales slate also includes the highly anticipated YA thriller Jane which stars Madelaine Petsch and Chloe Bailey, and Linoleum, a comedy starring Jim Gaffigan and Rhea Seehorn. One Winter starring Julian Dennison, Minnie Driver, James Rolleston, and Sahar Mosayebi’s Orca are also on the company’s sales slate.

As Unexpected is in the post-production stage, no word yet on when the film is expected to debut but be sure to check back in with Collider for any updates.