Renny Harlin‘s (Cliffhanger, Die Hard 2) high octane, Aaron Eckhart-led (The Dark Knight, Olympus Has Fallen) action-thriller The Bricklayer has found a new home with Screen Media. The Chicken Soup for the Soul Entertainment company acquired the North American rights to the Millennium Media-produced film and slated it for a summer 2023 release both in theaters and on VOD. The film’s first images were released with the acquisition, giving a taste of the action to come in the anticipated pair-up of action staples Harlin and Eckhart.

The Bricklayer is based on the novel by Noah Boyd and has the CIA in hot water. An unknown force is blackmailing the agency, placing the blame for a number of foreign journalist assassinations right at their feet. With the U.S. now becoming this tyrannical, brutal regime in the eyes of the international community, the CIA calls on Eckhart‘s character, a former operative with a rebellious streak yet elite skill, to return to the agency to help clear its name and find who’s responsible for this conspiracy. In the process, he’ll also confront his shady past with the agency and the consequences of his previous actions.

There’s not much to go off of with the new images, but they do spotlight Eckhart and his co-star Nina Dobrev (The Vampire Diaries, Let’s Be Cops). Despite the sensitive nature of the mission, it looks like Eckhart won’t be afraid to go loud for this film, even in the middle of a crowd in broad daylight. Eckhart and Dobrev will star alongside a pair of Nightmare Alley alums in Clifton Collins Jr. (Westworld, Jockey) and Tim Blake Nelson (Naked Singularity) as well as Baywatch and Billions star Ilfenesh Hadera.

Yunger, the Co-President of Millennium Media, praised Screen Media for the acquisition of the film, saying “Screen Media has been an incredible releasing partner having done a great job steering Till Death and The Outpost to great success. We look forward to the same with The Bricklayer with many more to come.” Screen Media currently has an output deal with Millennium which previously spawned the upcoming Kate Bosworth, Antonio Banderas-led The Enforcer. “The dynamic team of iconic director Renny Harlin and charismatic lead Aaron Eckhart is unmatched,” said Screen Media in their own statement. “We’re grateful and excited to make this intense action-thriller our second film in our Millennium partnership.”

The Bricklayer is still a ways off, aiming to release in theaters and in VOD during the summer of 2023. Check out the full size of the new images below. 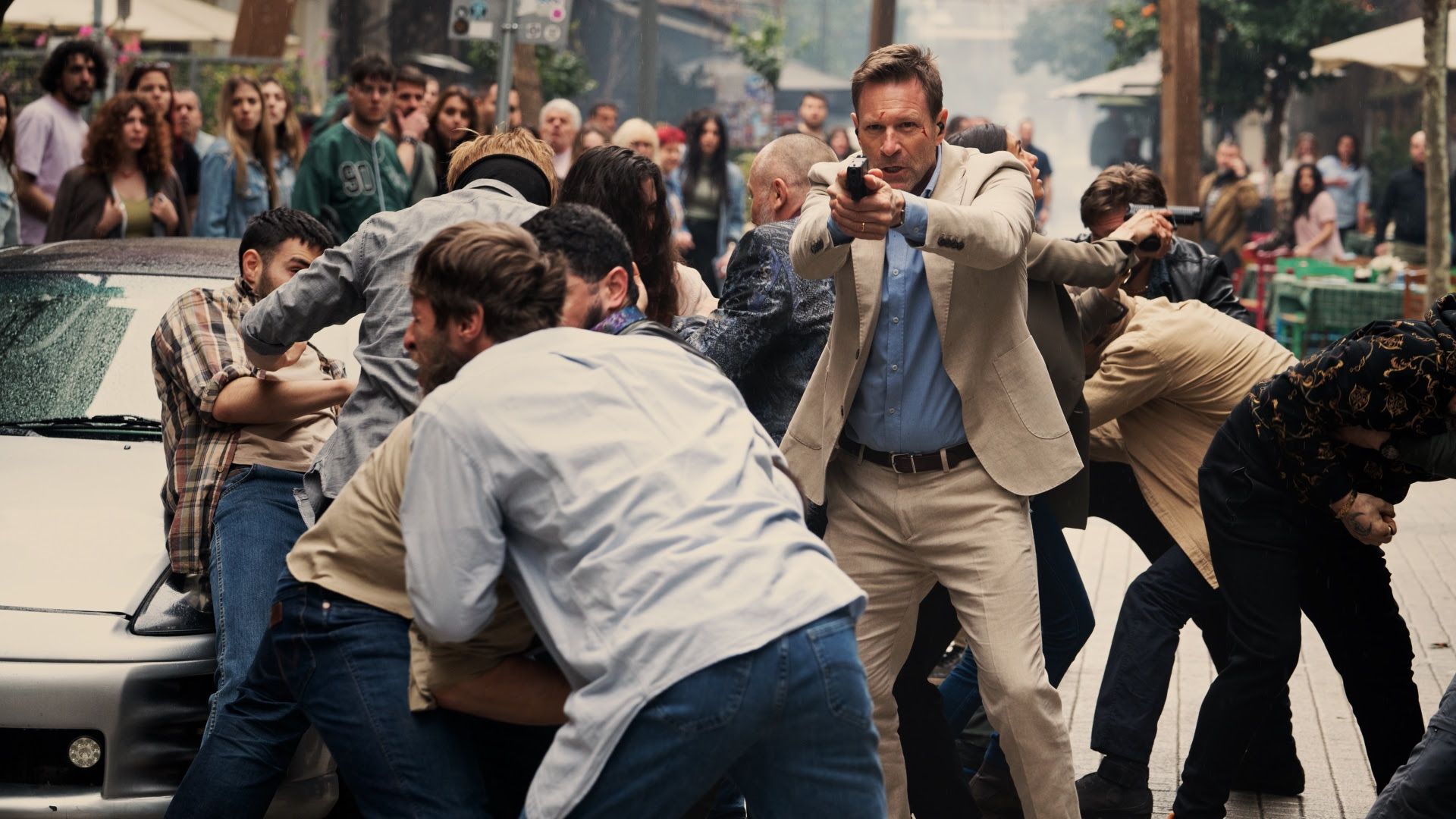